Hundreds of environmental activists stopping the open cast coal mine Ffos-y-Fran near Merthyr Tydfil, Wales from operating May 3rd 2016. Unchallenged by security the activists enter the mine which is not in operation and empty for any other activity and set up banners and form a symbolic red line in the black sand. The activists from Reclaim the Power wants the mine shut down and a moratorium on all future open coal mining in Wales. The group Reclaim the Power had set up camp near by and had over three days prepared the action and up to 300 activists all dressed in red went into the mine in the early morning. The activist were plit in three groups and carried various props signifying the red line in the sand, initially drawn in Paris at the COP21. The mine is one of the largest open cast coal mines in the UK and is run by Miller Argent who have to date extracted 5million tons of coal. The activists entered the mine unchallenged by any security or police and the protest went on peacefully till mid afternoon with no arrests made. Open coal mining is hugely damaging to the local environment and contributing to global climate change. 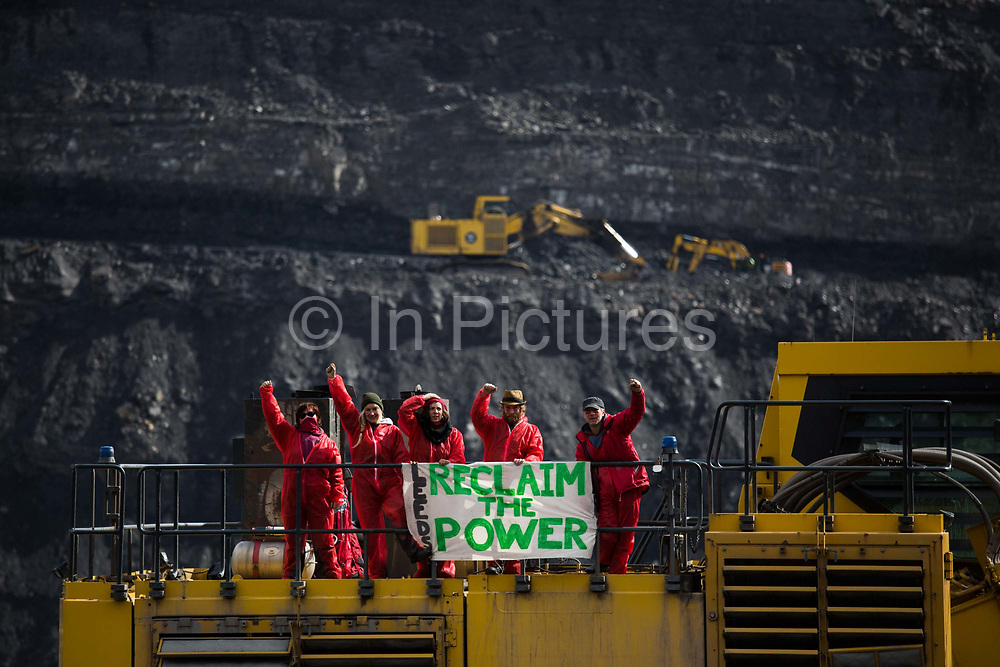