Outgoing US President George W Bush and wife Laura wave farewell from the steps of Air Force one over the empty tables of an expatriate US citizens and 'Democrats Abroad' party before party-goers arrive to celebrate the inaugurations of Barack Obama as the United States’ 44th President, after his Nov 08 election victory as America's first African American Commander in Chief. The location is The Royal Lancaster Hotel in central London, England. Similar events were held by Democrats Abroad around the world but in England, Obama's election to the White House excited Britain's political and cultural landscape during a deep economic recession. 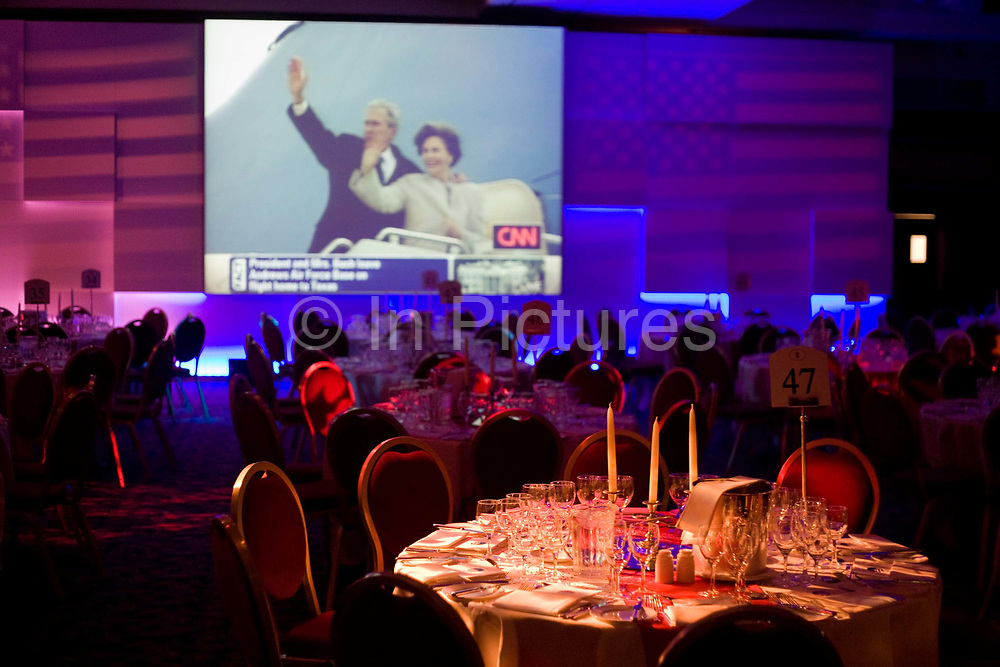