Engineer Ebrahim Faizi age 27, hotel manager and architect with Sultan Mohammad,74, carpenter and handy man. Sultan has been there since he started work over 50 years ago. He remembers a time when the girls use to wear mini skirts in Kabul. Ebrahim has lived at the hotel most of his life during the civil war and for some time during the Taliban era ( he left after a year ). He had to hide at the back of the building during factional fighting in the civil war. The hotel took hits from rockets at least 20 times during one vicious fight.

“I was here in the civil war but when the Taliban came I left. Every day a hundred or two hundred rockets were fired, inside and out side the city. In 2001 this city was totally devastated We took at least twenty rockets in this building. we were at the back hiding; it went on for hours. It was just me, mum, uncle and the Mujahideen” . 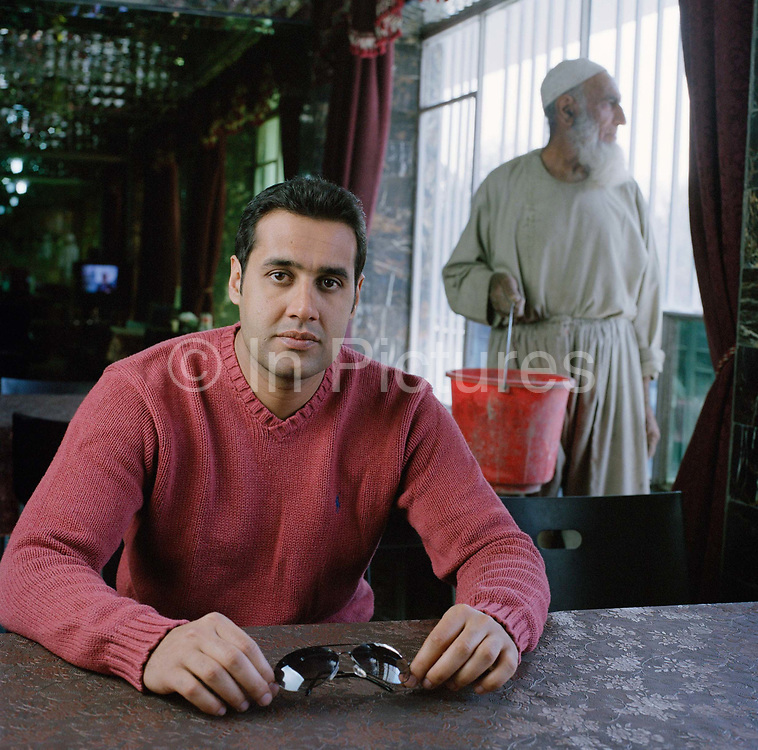