People on the Beijing Metro system. The Beijing Subway is a rapid transit rail network that serves the urban and suburban districts of Beijing municipality. The subway is owned by the city of Beijing and has two operators, the wholly state owned Beijing Mass Transit Railway Operation Corp., which operates 13 lines, and the Beijing MTR Corp., a public-private joint-venture with the Hong Kong MTR, which manages 2 lines. The subway's first line opened in 1969, and the network now has 15 lines, 192 stations and 372km of track in operation. It is the oldest subway in mainland China. 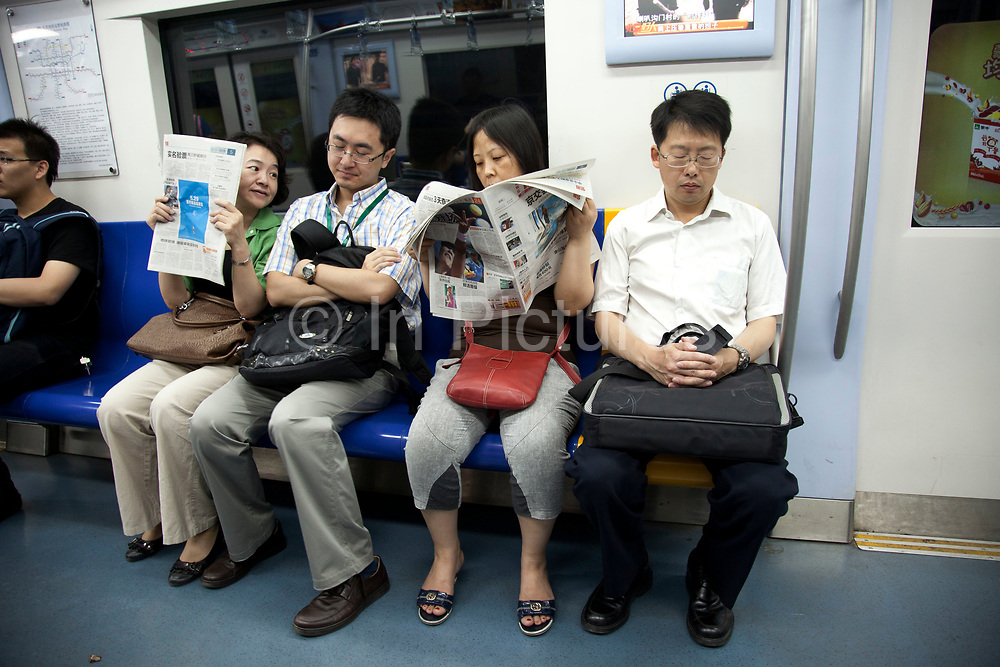