Day of the Dead promotion in a restaurant window following a suspected outbreak of norovirus, several branches of the Wahaca Mexican food chain were closed after over 350 members of the public and staff fell ill of a probable breakout of the winter vomiting bug, including this branch in Great Portland Street in London, United Kingdom. Co-founders Thomasina Miers, and Mark Selby, said: “We assessed each case and when it became clear they were not isolated incidents, we got in touch with relevant officials at Public Health England and environmental health officers.” In all nine branches were suspected and closed, and four have reopened as of 3rd November 2016. 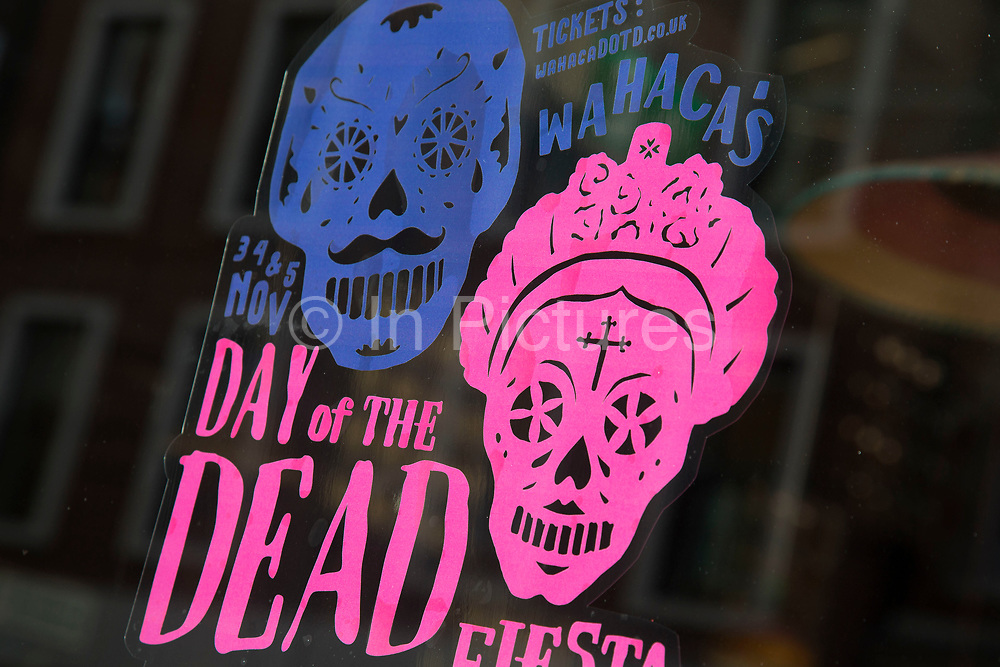