Two young 1990s girls stand with their beloved ponies at a gymkhana in, on 17th September 1999, in Cheltenham, Gloucestershire, England. The word gymkhana is an Indian Raj term which originally referred to a place where sporting events took place and referred to any of various meets at which contests were held to test the skill of the competitors. In the UK and east coast of the US, the term gymkhana now almost always refers to an equestrian event for riders on horses, often with the emphasis on childrens participation such as those organised here by the Pony Club. Gymkhana classes include timed speed events such as barrel racing, keyhole, keg race also known as down and back, flag race, and pole bending. 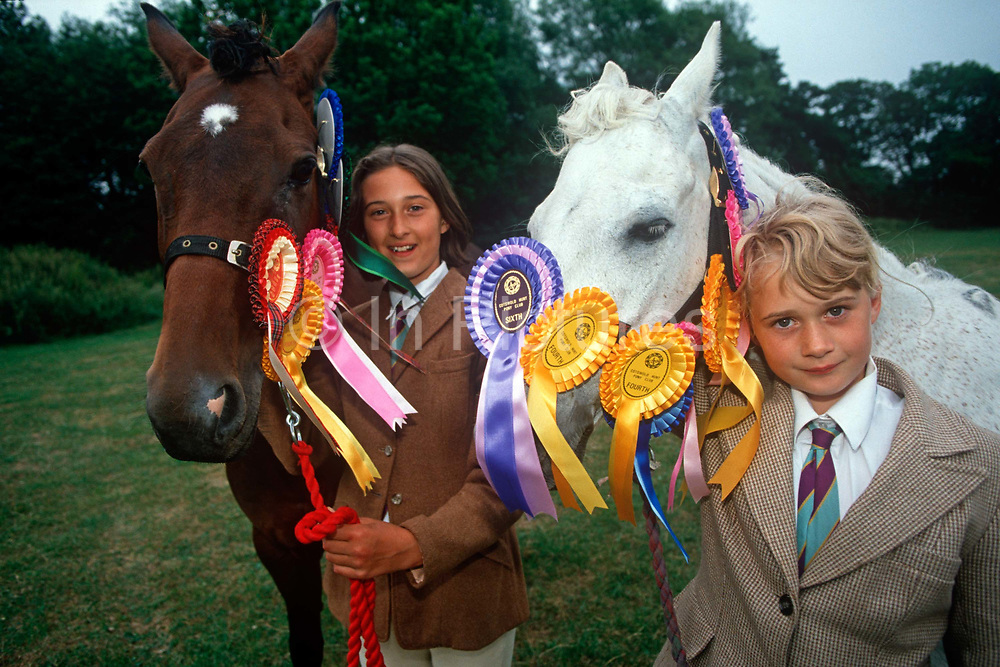