Father Peter Geldard sits in his former Anglican Church near Faversham, England. He sits in a pew clasping his hands together and looking away as if lost in thought, the Christian cross and altar in the distance. Geldard is known for his stance against the Church of England's vote allowing the ordination of women priests in 1992, causing a huge row with Anglican church worshippers. Clergy, including five bishops, eventually left to join the Catholic Church including Father Geldard, who led the opposition and became a notorious debater, campaigner, and general nuisance to the church. He eventually resigned from his Anglican orders, moved out of his vicarage house and along with thirty-five members of his former parish (including the churchwardens and all the members of the parish council), now attends Mass at the Catholic church in Faversham. 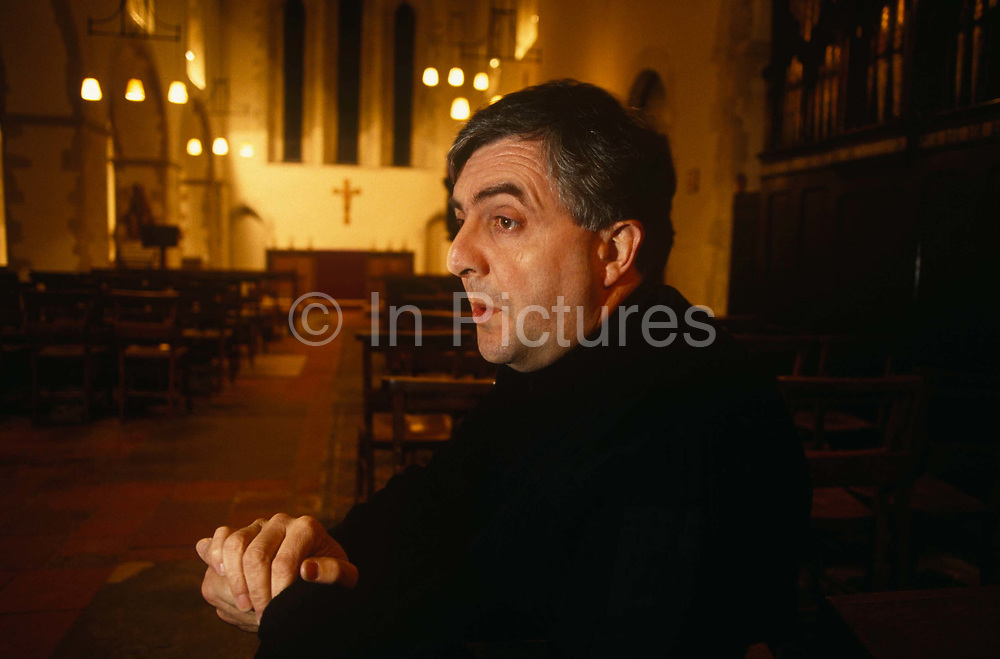