People coming and going at Waterloo Train and Underground Station, London. Waterloo station, also known as London Waterloo, is a central London railway terminus and London Underground complex. The station is owned and operated by Network Rail and is close to the South Bank of the River Thames, and in Travelcard Zone 1.

A station on this site first came into being in 1848. The present buildings were inaugurated in 1922. Part of the station is a Grade II listed heritage building.

With some 88 million passengers a year, Waterloo is easily Britain's busiest railway station in terms of passenger throughput. The total number of people passing through the station is considerably greater, as this figure is based on ticket sales for London Waterloo alone and does not include usage data for the Underground and Waterloo East. The Waterloo complex is one of the busiest passenger terminals in Europe. 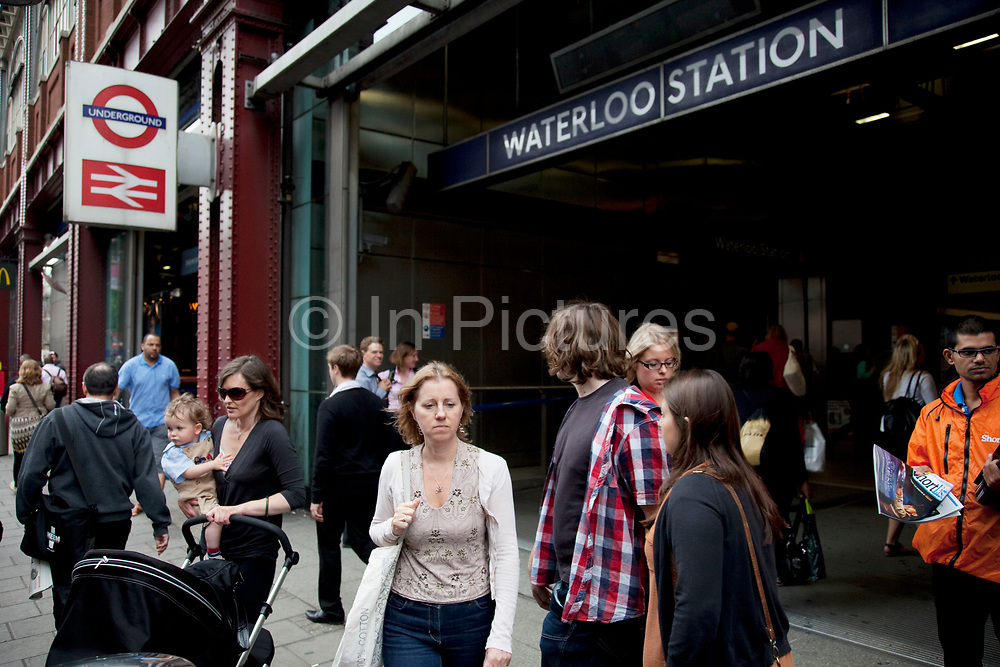