Writer Alison (A L) Kennedy leans against the old Victorian windows of Glasgow's Botanical gardens, in Scotland. Looking serious and rather troubled, she is wearing a worn leather jacket and a tartan scarf, she looks towards the ground during her portrait session for Stern Magazine. A L Kennedy is one of Britain's most respected novelists, dramatist, newspaper columnists and more recently, stand-up comedian after her 2007 performances at the Edinburgh festival. Her books include: Paradise; Indelible Acts; On Bullfighting; Everything You Need; Original Bliss; So I Am Glad; Looking for the Possible Dance; Night Geometry & the Garscadden Trains; Now That You're back and Life & Death of Colonel Blimp. Born in Dundee on 22nd October 1965, she was educated at Dundee High School 1970 - 1983 & Warwick University 1983 - 86 (BA Hons in Theatre Studies & Drama) 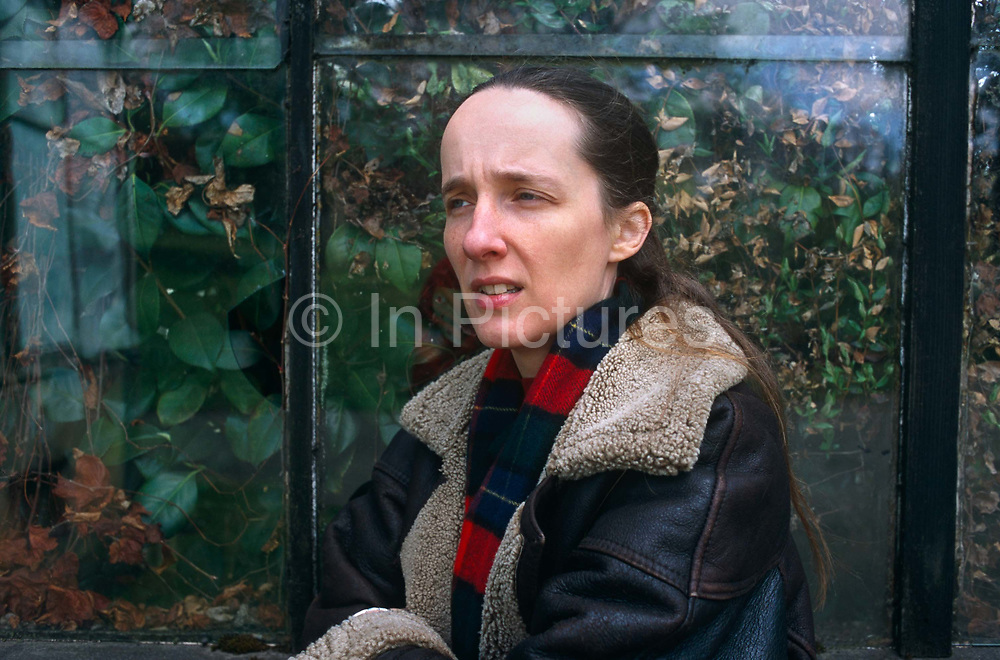