Nick Leeson, the former banker known as the Barings Rogue Trader seen Terryland Park, the home of Galway United, Ireland. Leeson is known as the former Rogue Trader whose financial market risk-taking caused the biggest financial scandal of the 20th century when he brought about the collapse of his employer, Barings Bank (personal bank to HM The Queen) in 1995. Leeson's role and subsequent jailing is one of the most notorious episodes in debacles in modern financial history. Leeson is CEO of Galway United Football Club whose home ground is at Terryland Park, founded in 1024 and with a capacity of 6,000. Leeson is still busy giving motivational speeches to companies around the world. 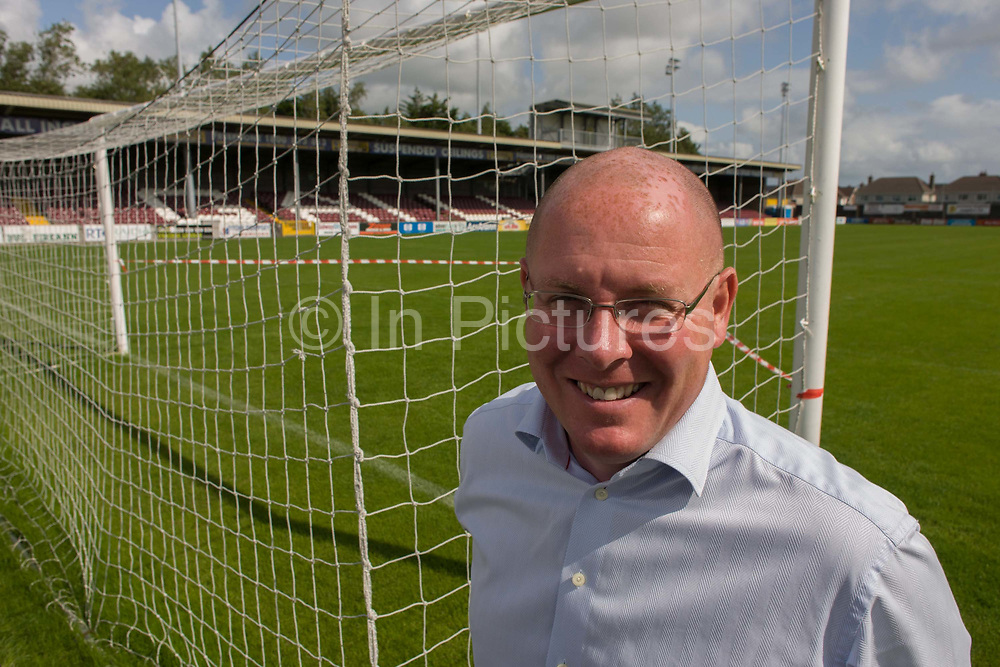