21st Century architecture towers over the impressive Hopton Gardens Almshouses on 19th February on Hopton Street, Southwark, London, United Kingdom. Adjacent the Tate Modern, Hoptons Almshouses offers a glimpse into life on Bankside over 250 years ago. Built between 1746–49 by Thomas Ellis and William Cooley. The cottages have been continuously occupied and after modernisation in 1988, and additional renovation in 2013,  20 1-bedroomed units have been available for Southwark residents over 60 who have lived in the borough for at least three years.   Hopton’s Almshouses are managed by the United St Saviour’s Charity, a long established charity that has its roots in the 16th century. 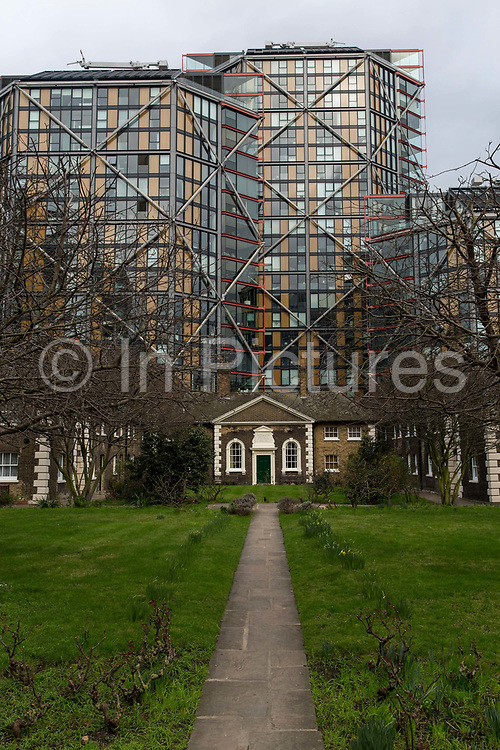