Reflections in the window of the Cukernia Noworolski cafe of the of the towers of Renaissance cloth hall and towers of the Church of St Mary on Rynek Glowny market square, on 23rd September 2019, in Krakow, Malopolska, Poland. Noworolski is a café located at the ground floor of the Cloth Hall, Kraków, Lesser Poland. It is considered one of the most famous cafes in Kraków.
The tradition of the Noworolski dates to 19th century, through the opening of the renovated cafe under its current name took place in the years 1910-1912. It became popular among the elite of Kraków, with artists and professors but during the Nazi occupation the cafe was requisitioned and access allowed only to Germans. The family Noworolski again lost the place in 1949, when the cafe was nationalised by the communists and renamed. After the fall of communism, the café was returned to family ownership in 1992. 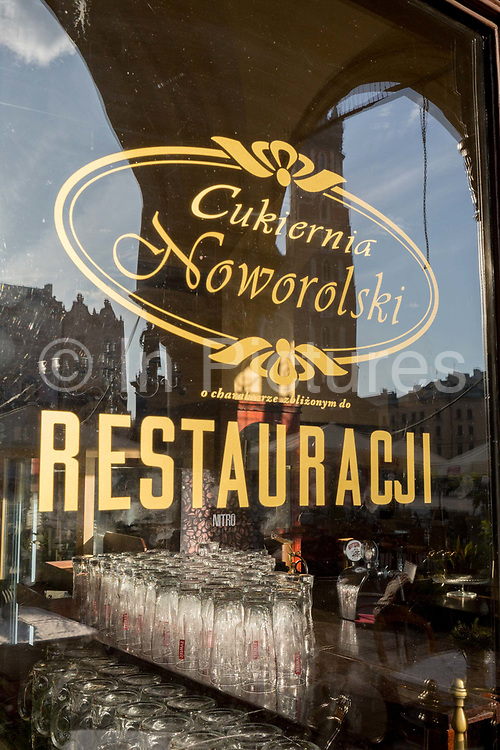