Stop Trump, Stop the Trade Deal protest on 24th October 2020 in Parliament Square, London, United Kingdom. The protest and press call featured a pantomime cow being chased by a Donald Trump look-alike as well as a business man with a giant hormone syringe. Activists dressed up as chckens demanded not to be chlorinated. The nationwide day of action was organised by Global Justice Now, War on Want, Keep Our NHS Public, Traidcraft, We Own It, Open Rights Group, SumOfUs, Stop Trump and Another Europe is Possible. 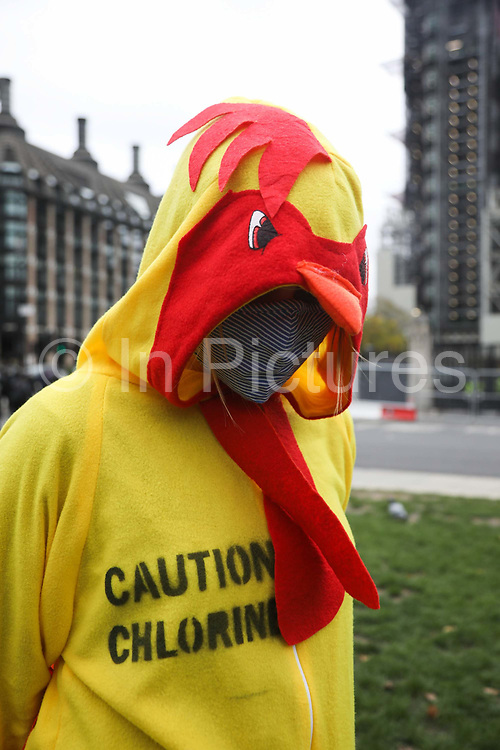