Concert-goers on the balcony of the a 2,900 seat concert, dance and talks venue the South Bank's Royal Festival Hall, take an opportunity to see fine views of the River Thames and the rest of London's panorama before returning inside for their cultural event. From the top of this 1950s building (constructed for the fair of 1952) they can also look across to the giant ferris wheel called the BA London Eye whose every rotation takes about 30 minutes, meaning the capsules that hold a family or group of fare-paying passengers in pods travel at a stately 26cm per second, or 0.9km (0.6 miles) per hour. Since opening in 2000, an average of 3.75 million visitors have experienced London’s most-visited attraction each year while the modernist Festival Hall, which was built as part of the post-war Festival of Britain of 1951 though altered in 1964. 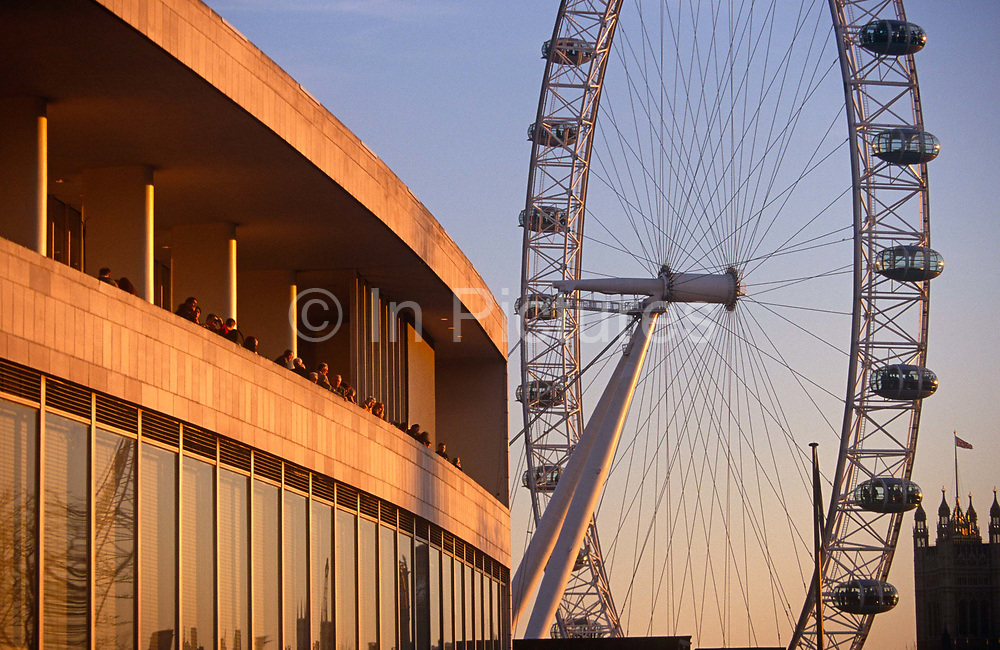