Sam and Eve Branson, son and mother of tycoon Sir Richard, relax together on a roof terrace in Manhattan, New York. Both are queueing to join the hundreds already having paid their $200,000 for Virgin Galactic's space tourism rides in 2009. Launched in September 2004 by Sir Richard Branson, Virgin Galactic will invest up to $250 million to develop the world’s first commercial space tourism business with the building, testing and flying of five space shipShipTwos and two mother ships. It is expected that within the first full year of commercial operations Virgin Galactic will enable 500 people to fulfil their dreams of becoming astronauts. Aboard the space vehicle will be 6 passengers, each paying $200,000 for the 40 minute flight to 360,000 feet (109.73km, or 68.18 miles) and to experience 6 minutes of weighlessness. 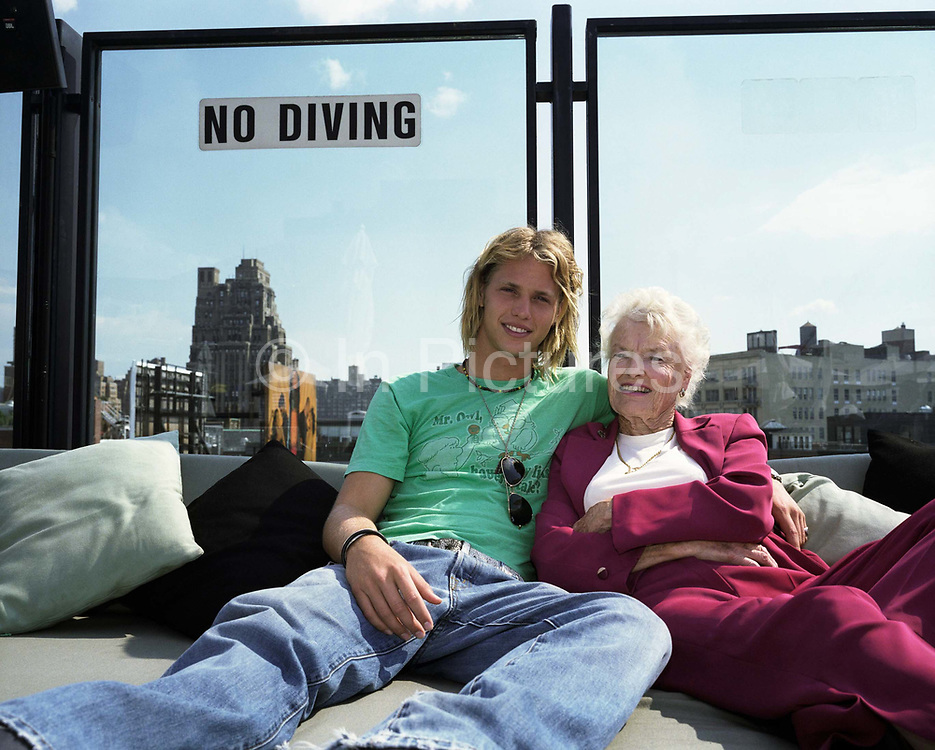