A brother and sister run through the back garden of their South London home. We see the younger sibling - a boy of three leading his big sister by the hand in some sort of follow-my-leader game. He pulls hard to tow the girl along who wears Wellington boots that are too large for her and they both hold out their arms for stability. From a personal documentary project entitled "Next of Kin" about the photographer's two children's early years spent in parallel universes. Model released. 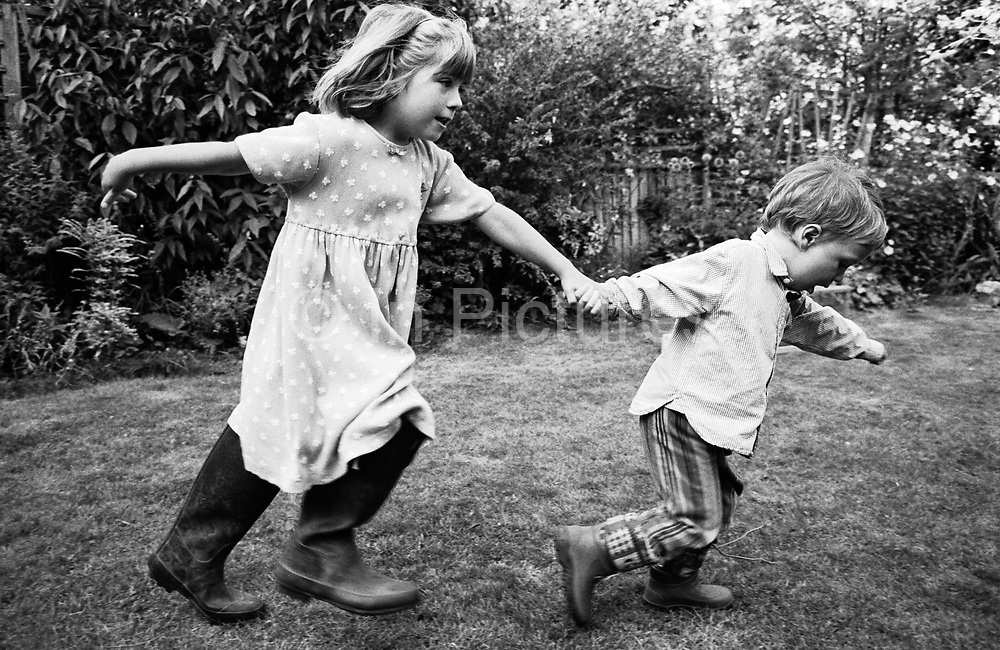