Audience silhouettes and scale model of Virgin Galactic's WhiteKnightTwo space vehicle with SpaceShipTwo in the middle at air show PR event. Designed by Robert Morgan & James Tighe, the Scaled Composites Model 348 White Knight Two (WK2) is a jet-powered cargo aircraft which will be used to launch the SpaceShipTwo spacecraft. It is being developed by Scaled Composites as the first stage of Tier 1b, a two-stage to suborbital-space manned launch system. WK2 is based on the successful mothership to SpaceShipOne, White Knight, which itself is based on Proteus. 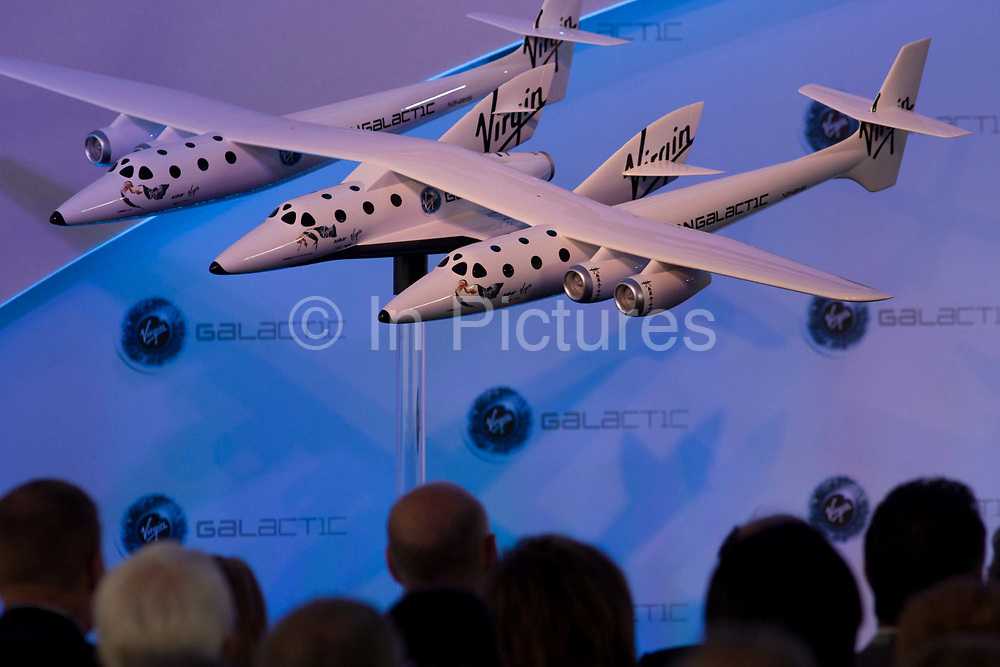