Ms Vanthone, metalworker opens up the wooden mould used for casting bracelets made from recycled aluminium sourced from Vietnam War debris and melted in an earthen kiln in Ban Naphia, a remote Tai Phouan village in mountainous Xieng Khouang Province in Northern Laos. Laos is the most bombed country, per capita, in the world with more than two million tons of ordnance dropped on it during the Vietnam War from 1963 to 1974.12 artisan families began transforming war scrap into spoons (150,000 per year) in the 1970s to supplement subsistence farming activities. Supported by the Swiss NGO Helvetas, the project works to make the scrap metal supply chain safer for artisans and scrap collectors by collaborating with organisations such as Mines Advisory Group (MAG) that specialise in unexploded ordnance removal and education. More recently the villagers have started making bracelets and other items. 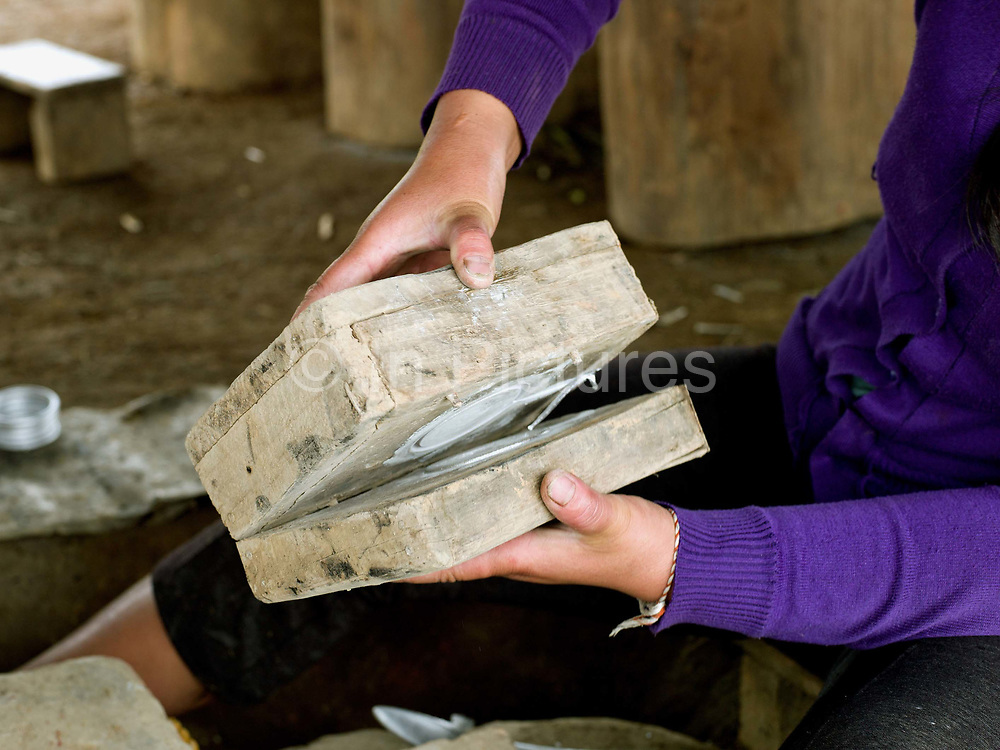