Kids' Choir held in the Scoop by City hall is a Year 5 singing project which builds upon the highly successful model developed by the Mayor's Thames Festival since 2003, aimed at increasing and supporting singing in schools. Since 2003, 5,678 children have taken part in Kids' Choir..Led by Music Director†Richard Frostick, the project will develop a high quality choral performance with 700 children from 9 London boroughs -† Greenwich, Hackney, Hammersmith and Fulham, Islington, Lambeth, Lewisham, Southwark, Tower Hamlets and Wandsworth..The Thames Festival 2011, photo by Barry Lewis. The Festival celebrates London and the iconic river at its heart - the Thames - by dancing in the streets, feasting on bridges, racing on the river and playing at the water's edge. 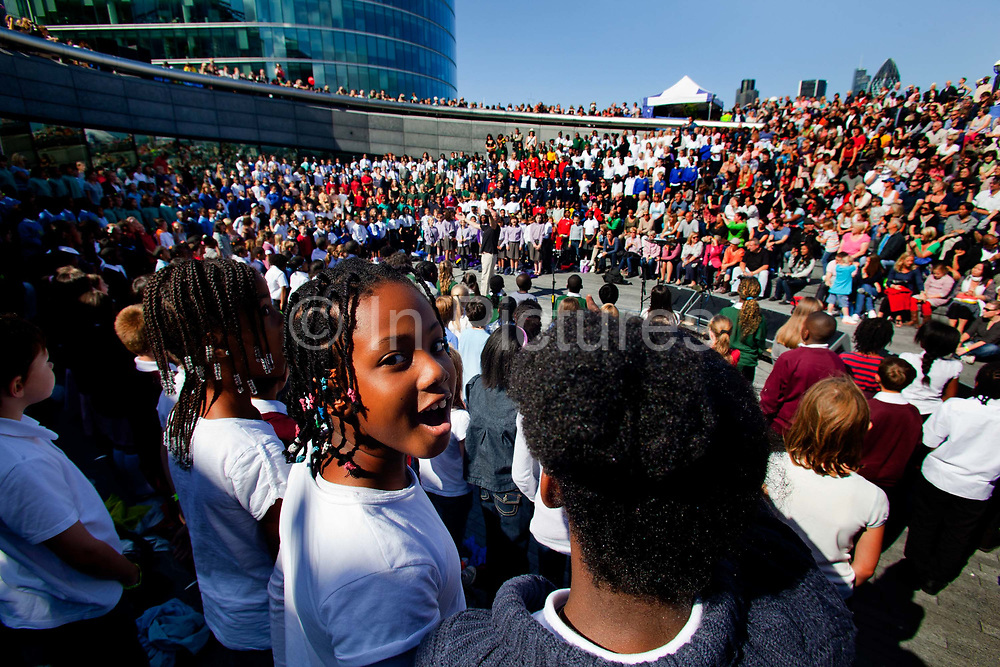