Men walk through 'the Jungle' migrant camp in Calais, France, August 10, 2015. The Calais jungle is the nickname given to a series of camps in the vicinity of Calais, France, where migrants live while they attempt to enter the United Kingdom illegally by stowing away on lorries, ferries, cars, or trains travelling through the Port of Calais or the Eurotunnel Calais Terminal. The migrants are a mix of refugees, asylum seekers and economic migrants from Darfur, Afghanistan, Syria, Iraq, Eritrea and other troubled areas of the world. 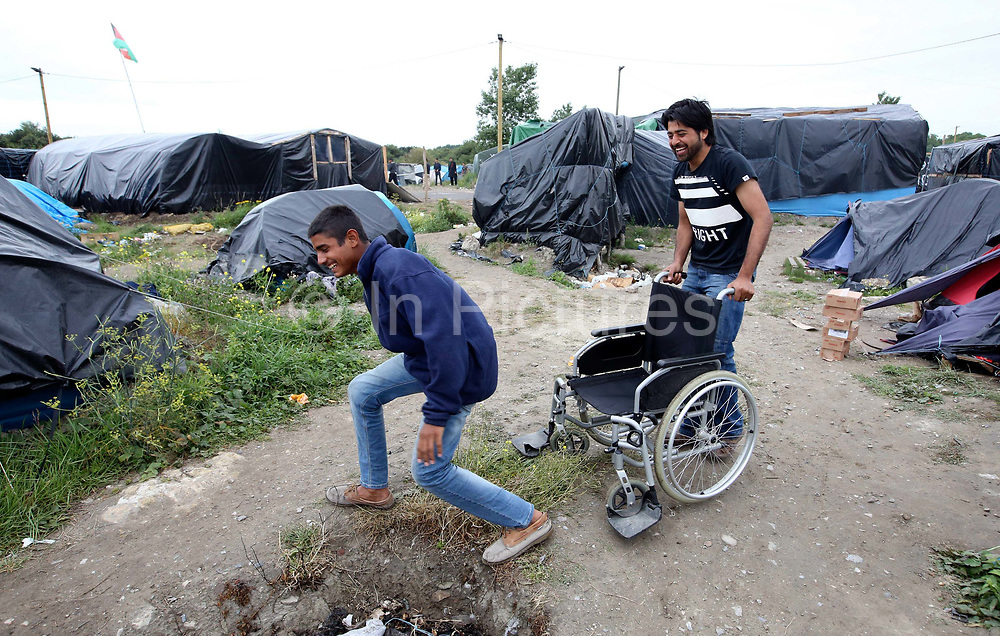