A city worker buys a copy of the Evening Standard with a headline relating to the ERM crisis in 1992, known as Black Wednesday which referred to the events of 16 September 1992 when the British Conservative government was forced to withdraw the pound sterling from the European Exchange Rate Mechanism (ERM) after they were unable to keep it above its agreed lower limit. George Soros, the most high profile of the currency market investors, made over US$1 billion profit by short selling sterling. In 1997 the UK Treasury estimated the cost of Black Wednesday at £3.4 billion, with the actual cost being £3.3 billion which was revealed in 2005 under the Freedom of Information Act 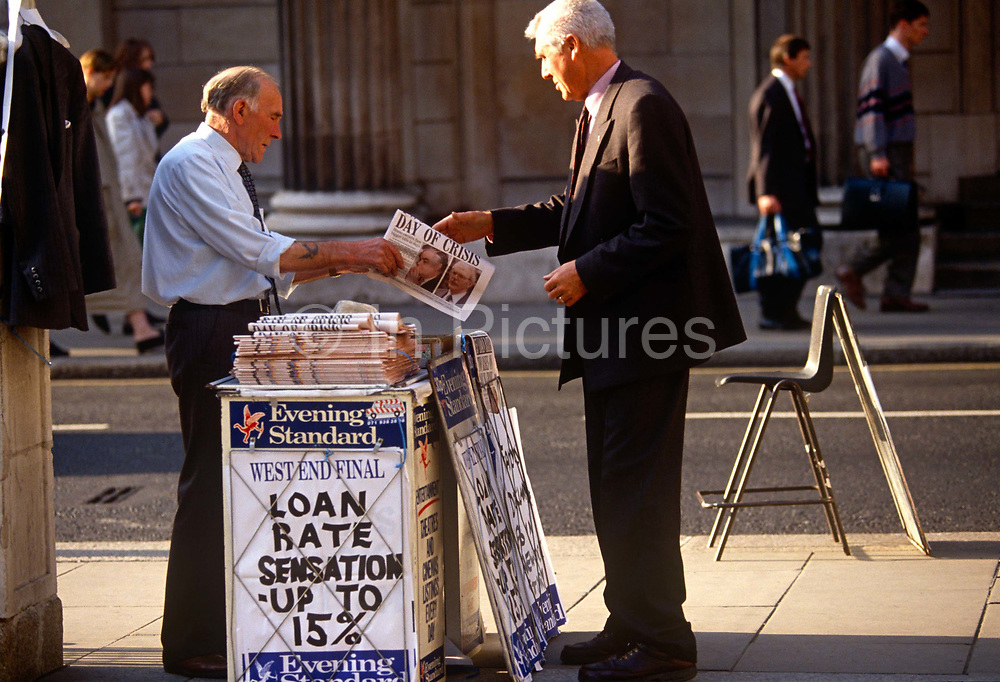