Augusto Periera and son take out his final belongings before his home is demolished. His house is one of the last standing of the original homes, is demolished today. Vila Autodromo favela, in the west zone of Rio, is in direct site of the Rio 2016 Olympic park. There has been an ongoing struggle between residents and the City Government of Eduardo Paes. After a long battle, 20 families who held on were allowed to stay, on the provision that they moved into houses constructed by the state, in the same style as the public housing programme. 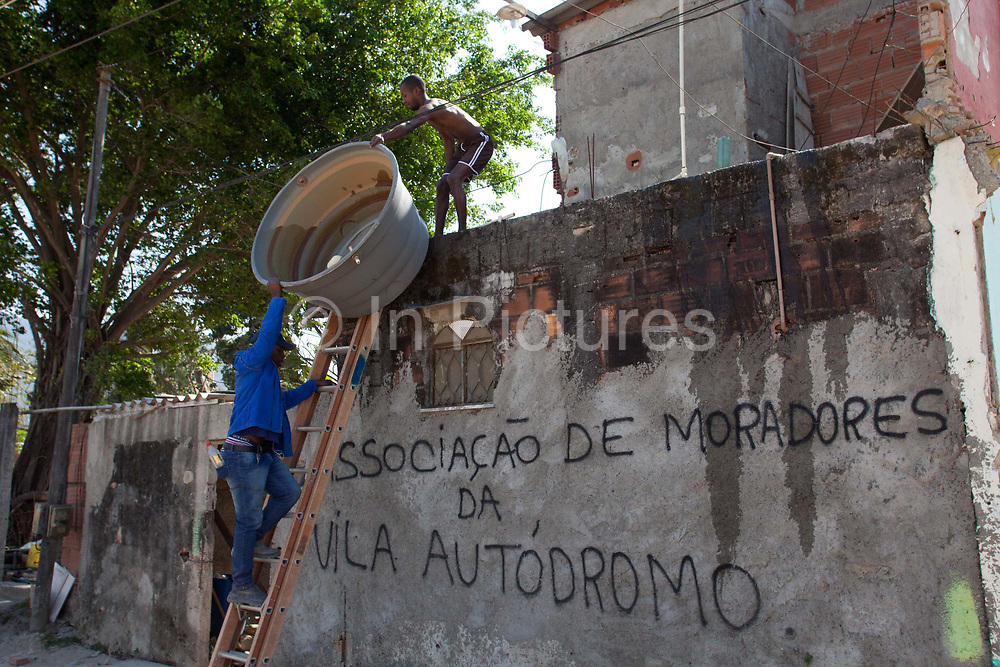