As traffic zooms past, the art installation called 'House' stands alone on a now-empty and house-less East London street. Oddly, the contours of the structure have been inverted to reveal an inside-out version of the original building. It is a concrete cast of the inside of an entire Victorian terraced house completed in autumn 1993 and exhibited at the location of the original property — 193 Grove Road — in East London (all the houses in the street had earlier been knocked down by the council). Created by the artist Rachel Whiteread CBE (born 1963) this is her best-known sculpture. It won her the Turner Prize (the first woman to do so) for best young British artist in 1993. Here we see 'House' next to a lamp post which throws down it's light on a winter evening, before it was controversially demolished by the council in January 1994. 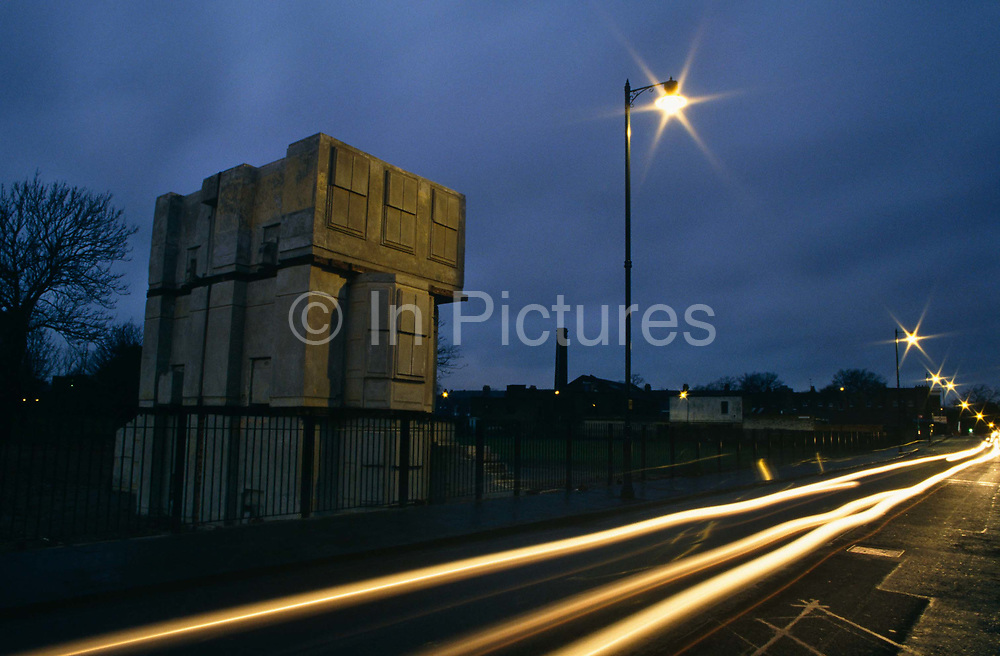