A young deer lies dead beside a busy highway on a road near Fairchild Air Force Base, Spokane, Washington State. Very recently run-over but seemingly unharmed, this animal has head injuries and died immediately from a collision with a passing vehicle, such as this heavy articulated lorry which blurrs past this location. This is forested area and the deer's natural habitat but too often wildlife in its natural surroundings violently meets the modern human environment and the animal comes of worst. As a result of the death, the roadkill was taken by members of a US Air Force survival course at their nearby facility and so it formed an unscheduled extra lesson in preparing venison for the pot that night (see Corbis image entitled 'US Air Force survival instructors with recent roadkill'). 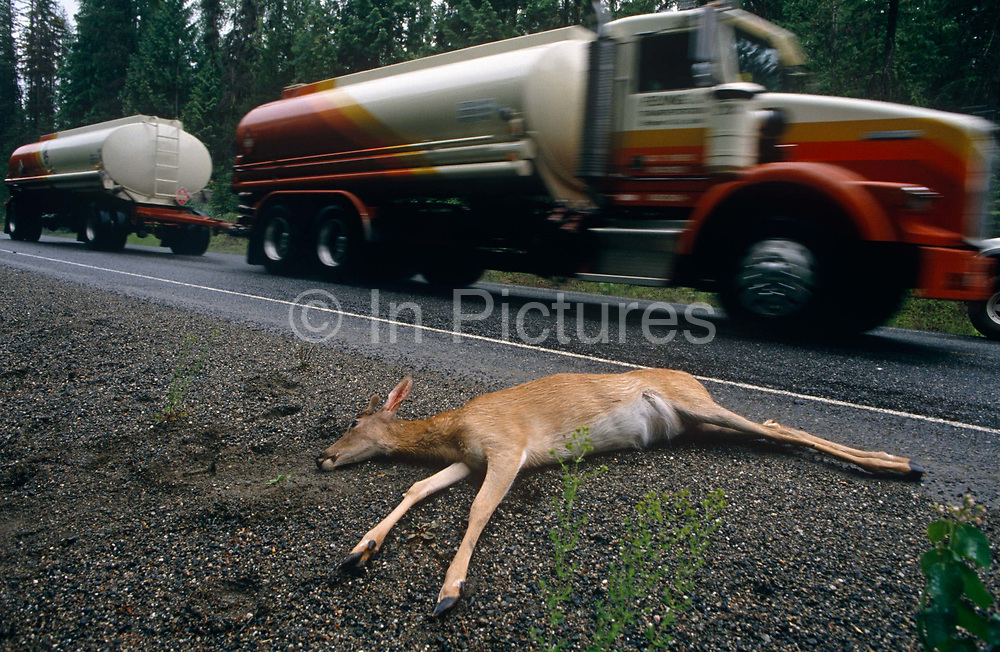