Undergrowth at Goat Island near Rousdon, Devon, England, United Kingdom. This enchanted place came into existence during what is known as the Great Landslip, when on Christmas Eve 1839 a chunk of the coastline broke away and slid towards the sea, leaving a chasm between it and the land. It quickly became famous, attracting many sightseers, and was especially noted as the first natural event to be studied and described by scientific means. 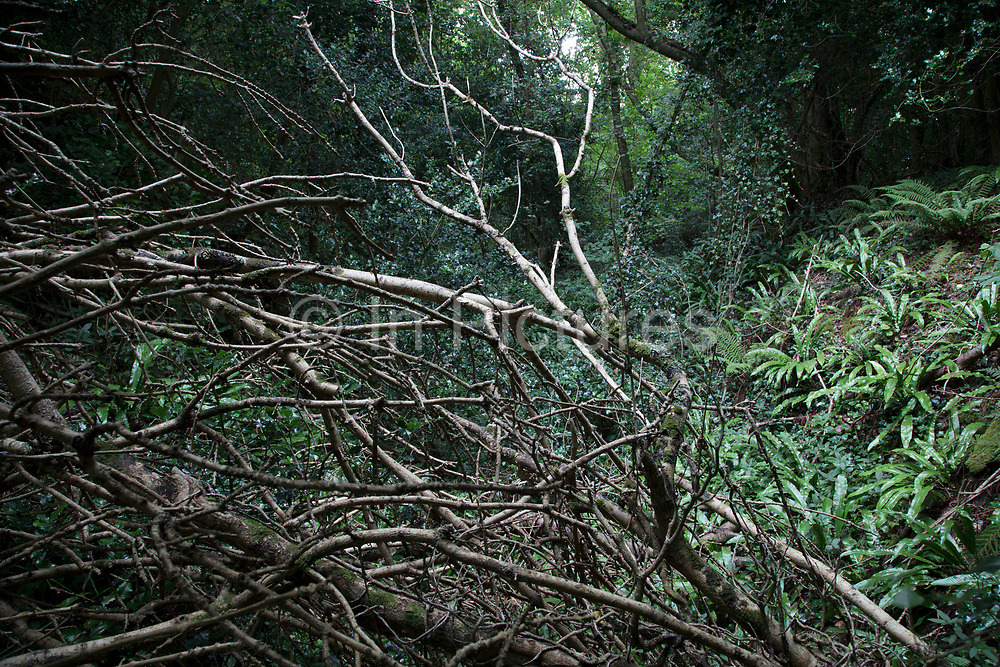