Yellow security gate scanners, still in place the day after Margaret Thatcher's ceremonial funeral at St Paul's Cathedral that required tight security, remains as a backdrop for commuting or waiting Londoners. Beneath the reinforced arch, the commuters text and check messages or attend to children in buggies. Before their imminent removal, they made an incongruous sight in the area as people passed their ugly presence. The high-security event brought much of the City of London to a standstill as arrangements for Thatcher's cortege passed nearby to the cathedral where 2,000 VIPs gathered to honour the former British Prime Minister. 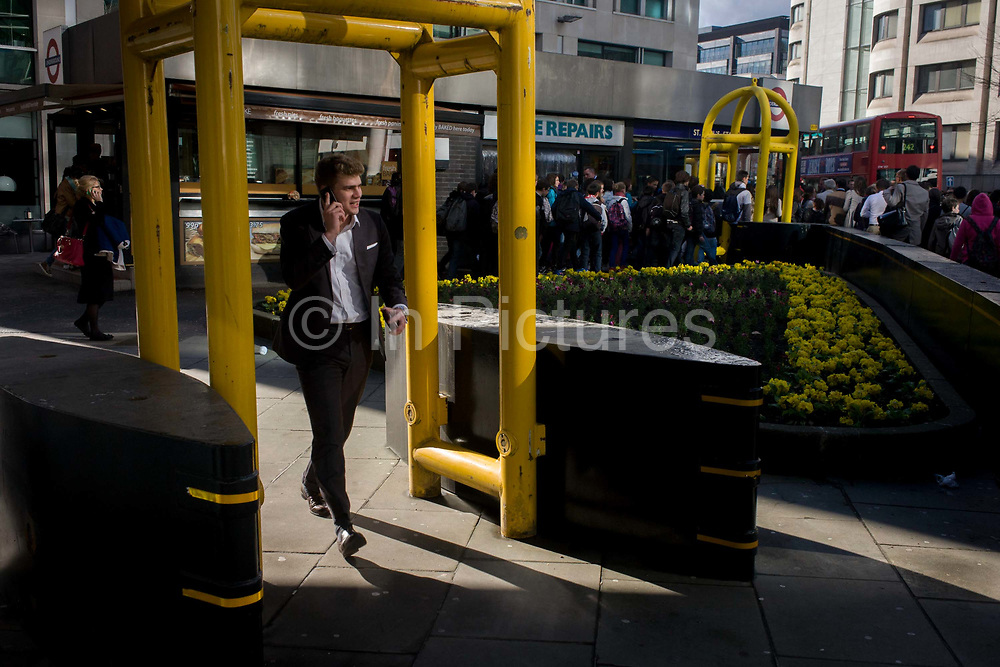