Candles in the Bastia Cathedral in the Citadelle on 16th September 2017 in Bastia, Corsica, France. Candles play an important role in the Catholic Church. For instance, they are lit on the Altar during mass, and for Sacraments. Bastia is a French commune in the Haute-Corse department of France located in the north-east of the island of Corsica at the base of Cap Corse. Bastia is the principal port and commercial town of the island. The inhabitants of Bastia are known as Bastiais or Bastiaises. Bastia Cathedral Pro-cathédrale Sainte-Marie de Bastia is a former Roman Catholic cathedral in Bastia on the island of Corsica, and a national monument of France. The former Bastia Cathedral, dedicated to Saint Mary, was built from 1495 onwards, with major reconstruction at the beginning of the 17th century. Behind the church stands the chapel of Sainte-Croix, known for its exuberantly decorated interior and for the figure of Christ des Miracles Christ of the Miracles, venerated by the people of Bastia, and discovered floating in the waters of the Mediterranean in 1428. 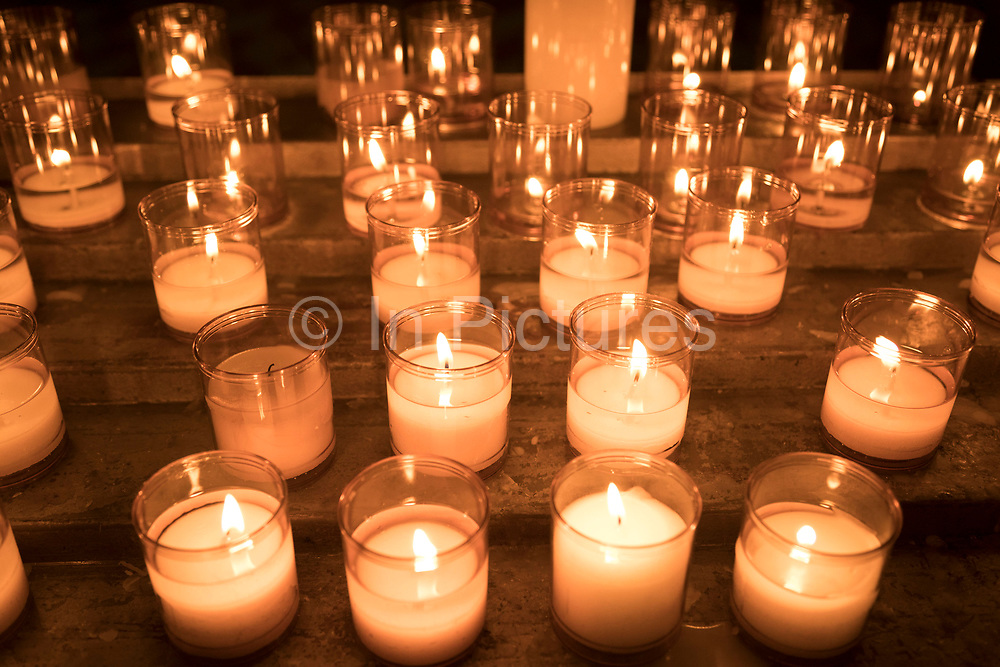