Flames lick the roof of the Queen's private and state apartments in Windsor Castle as smoke darkens further the night sky. We see the most northerly corner of this old building that caught fire in a private chapel on the first floor of the north-east wing. Sprading quickly, damaging St George's Hall, which is often used for banquets. Windsor is the largest inabited castle in the world and partly dates to the time of the Norman King William the Conquerer. In all, one hundred rooms were damaged in the fire and intense public debate was sparked about whether the taxpayer should foot the repair bill, as the castle is owned by the British Government and not the Royal Family. But the Queen agreed to meet 70% of the costs, and opened Buckingham Palace to the public to generate extra funds. The £40m restoration took five years 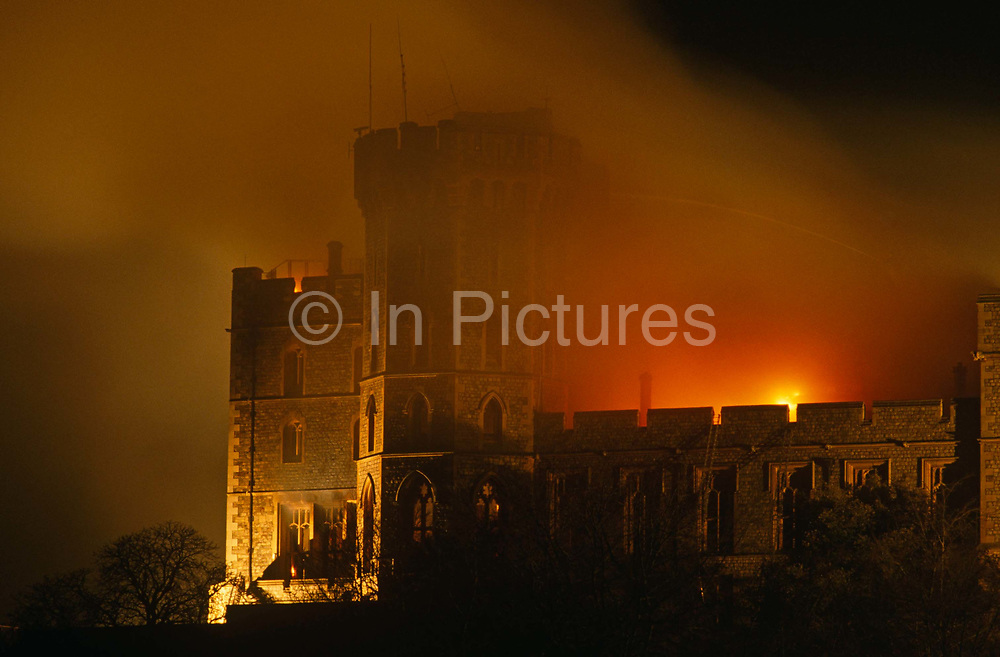