Lingerie-clad models stage a protest by the animal rights organisation, Peta against the suffering of animals, on 17th Febriary 2017, in London, England, United Kingdom. The group stripped off into matching green underwear and crocodile masks before posing outside the shows main venue on the Strand in central London. Peta is campaigning against the use of exotic animal skins in the fashion industry. It follows an investigation of crocodile farms which found animals were confined to pits and sometimes still alive when their skin was torn off, Peta said. London Fashion Week is a clothing trade show held in London twice each year, in February and September. It is one of the Big Four fashion weeks, along with the New York, Milan and Paris. The fashion sector plays a significant role in the UK economy with London Fashion Week alone estimated to rake in £269 million each season. The six-day industry event allows designers to show their collections to buyers, journalists and celebrities and also maintains the city’s status as a top fashion capital. 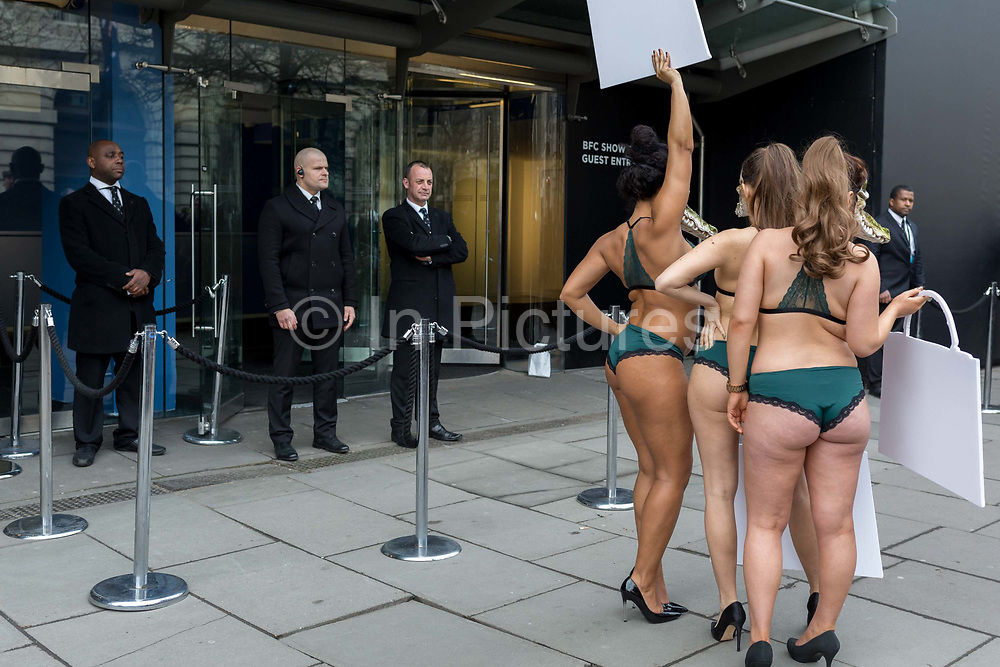