The Illinois State Memorial in Vicksburg National Military Park, the site of the American Civil War Battle on 1st March 2020 in Vicksburg, Mississippi, United States. commemorates the greater Vicksburg Campaign which led up to the Battle of Vicksburg, waged from March 29 to July 4, 1863. . Reconstructed forts and trenches evoke memories of the 47-day siege that ended in the surrender of the city. Victory here and at Port Hudson, farther south in Louisiana, gave the Union control of the Mississippi River. In designing the memorial, the decision was made to construct not only a grand and imposing commemorative structure worthy of the State of Illinois, but a temple of fame as well, within the walls of which will be preserved in enduring bronze and stone the name of every soldier from Illinois who participated in that memorable and decisive campaign and siege. 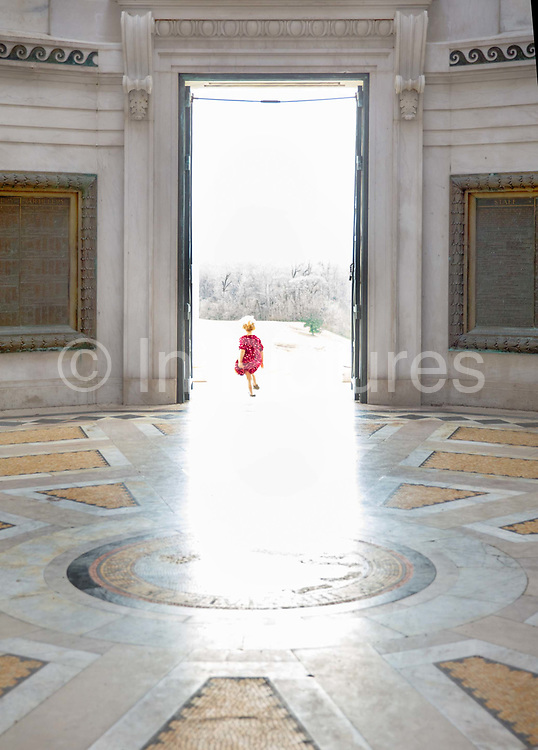