Ambulance crossed Lambeth Bridge, closed in the aftermath of the terrorism event when four people were killed including the attacker and 20 injured during a terrorist attack on Westminster Bridge and outside the Houses of Parliament, on 22nd March 2017, in central London, England. Parliament was in session and all MPs and staff and visitors were in lock-down while outside, the public and traffic were kept away from the area of Westminster Bridge and parliament Square, the scenes of the attack. It is believed a lone man crashed his car into pedestrians then, armed with a knife tried to enter Parliament, stabbing and killing a police officer at parliaments main gates. 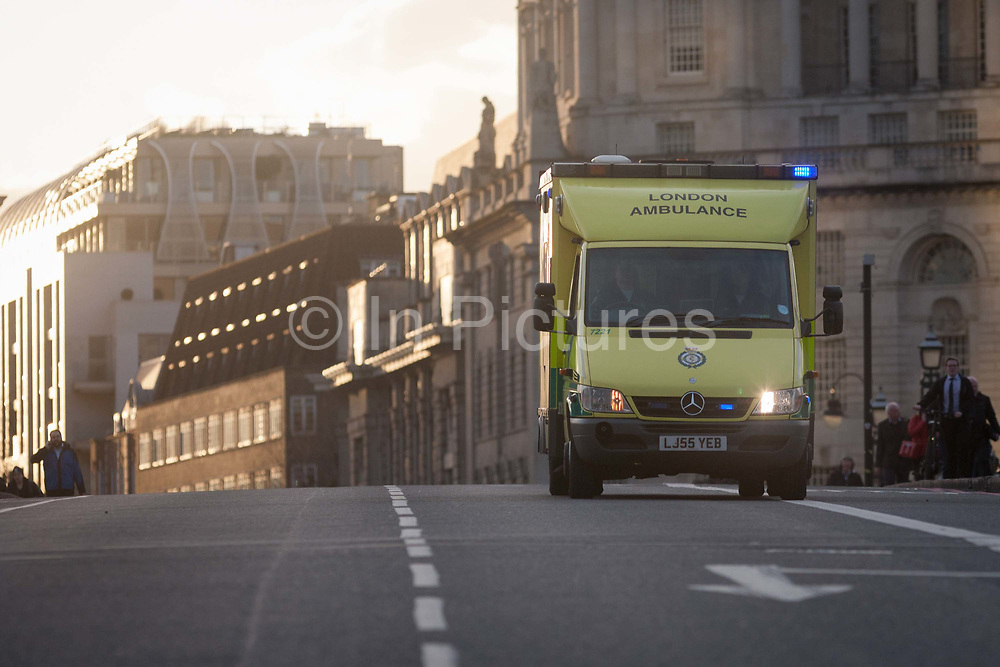