Mothers sit with their babies in pushchairs on park benches in the Silesian industrial town of Zabrze. A mining town known formerly as Hindenburg until 1945, under Stalinist thought, miners were considered a “working class elite” and were rewarded with higher wages and better social benefits but after communism, Zabrze has a high rate among mother of Ovarian Cancer because of the pollution, caused by the large concentration of industry, the triangle of land between Zabrze, Chorzów, and Bytom has locally been known as 'death triangle'. Since the collapse of communism in 1989, the environmental situation has steadily been improving due the restructuring of the Silesian industry although more than 250,000 jobs have been lost in coal mining since the reintroduction of capitalism. At the same time, enterprises are enjoying enormous profits. 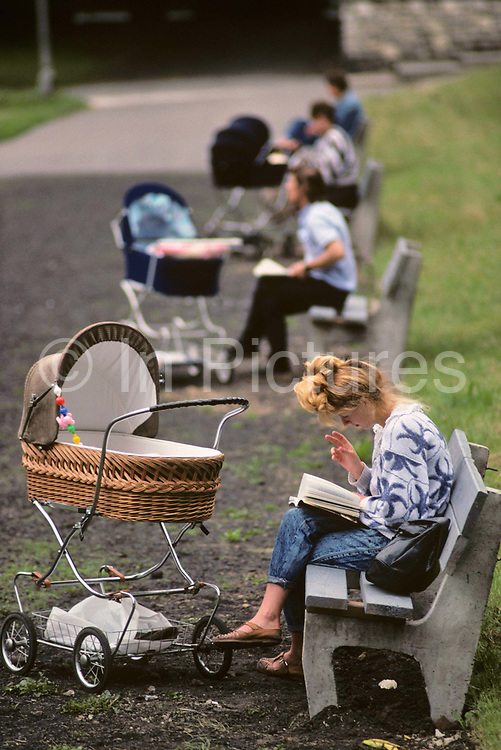