The brightly coloured advertising hoardings reflect off the wet pavement, on 4th November 2016, in Piccadilly Circus, London, England. The Circus is particularly known for its video display and LED signs which reflect off the pavement. As of 2016, the site has six illuminated advertising screens above three large retail units facing Piccadilly Circus on the north side. On special occasions the lights are switched off, such as the deaths of Winston Churchill in 1965 and Diana, Princess of Wales in 1997. 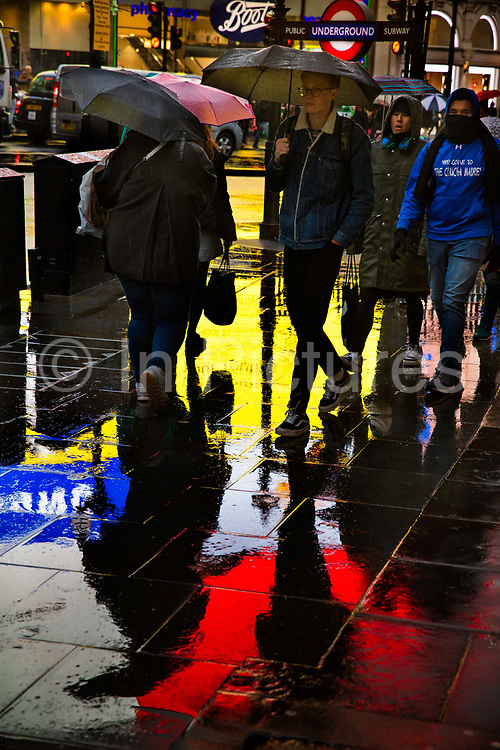