In the weeks before Christmas day in December, the Lord Mayor of London makes a speech in front of invited guests and VIPs, hosting his annual party in the Great Hall at his official town hall - the Guildhall - in the historic financial district of the City of London. Inviting Greater London's borough Mayors, they can each invite worthy children for an afternoon's fancy dress party. The Guildhall has been used as a town hall for several hundred years, and is still the ceremonial centre of the City of London. The term Guildhall refers both to the whole building and to its main room, which is a medieval style great hall similar to those at many Oxbridge colleges. The great hall is believed to be on the site of an earlier Guildhall, and has large mediaeval crypts underneath. During the Roman period it was the site of an amphitheatre, the largest in Britannia. 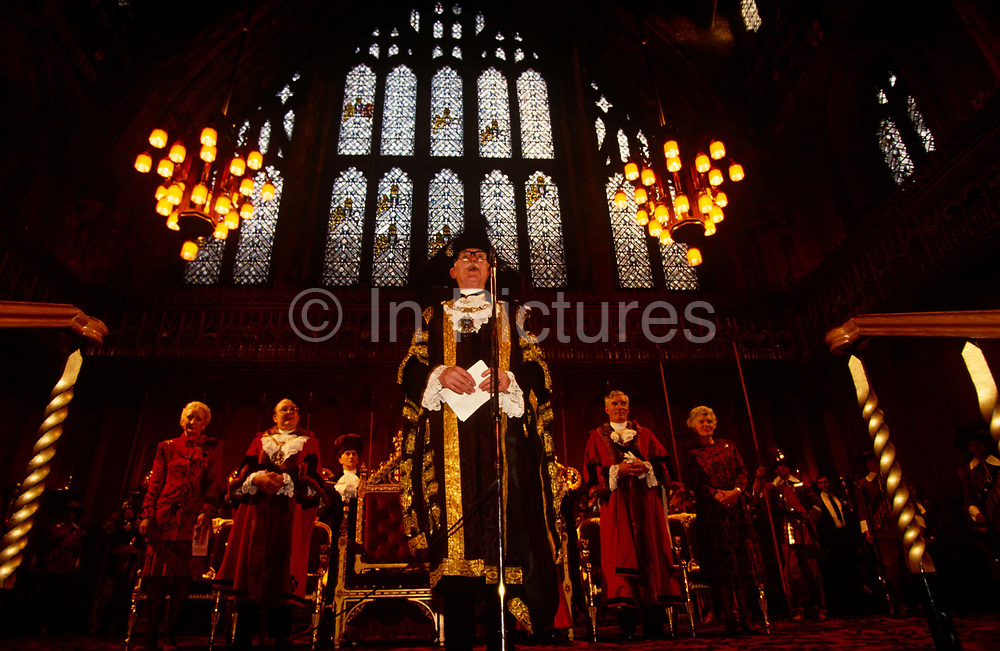