Vauxhall gardens is cleared of Extinction Rebellion supporters on the 15th of October 2019 following a controversial issue of a Section 14 notice, declaring it illegal for them to protest in London, United Kingdom.

Extinction Rebellion, who are seeking a judicial review of the ban, has pledged to cause two weeks of disruption in London and more than 60 cities around the world in an 'October Rebellion'. It is demanding that more be done to tackle climate change and force politicians and the media 'tell the truth' about global warming. 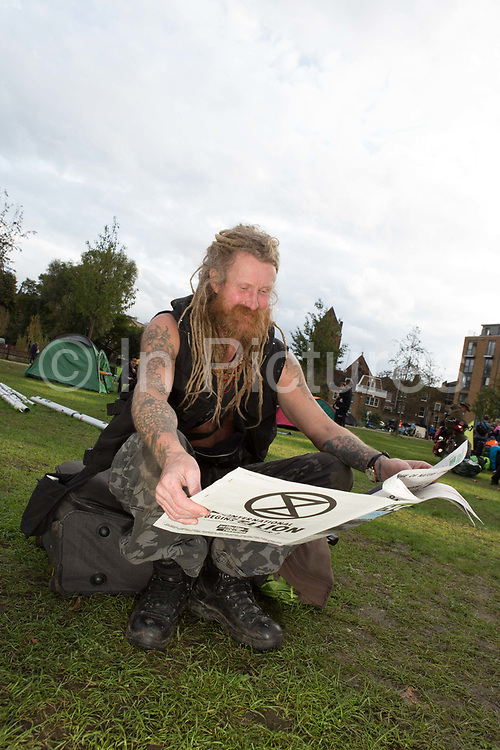