A remembrance for Theodore Winter, a German carpenter, Communist and resistance fighter against the Nazis who was held in the special prison block of the Nazi and Soviet Sachsenhausen concentration camp during WW2, now known as the Sachsenhausen Memorial and Museum. Sachsenhausen was a Nazi concentration camp in Oranienburg, 35 kilometres (22 miles) north of Berlin, Germany, used primarily for political prisoners from 1936 to the end of the Third Reich in May 1945. After World War II, when Oranienburg was in the Soviet Occupation Zone, the structure was used as an NKVD special camp until 1950. Executions took place at Sachsenhausen, especially of Soviet prisoners of war. 30,000 inmates died there from exhaustion, disease, malnutrition, pneumonia, etc. The remaining buildings and grounds are now open to the public as a museum. 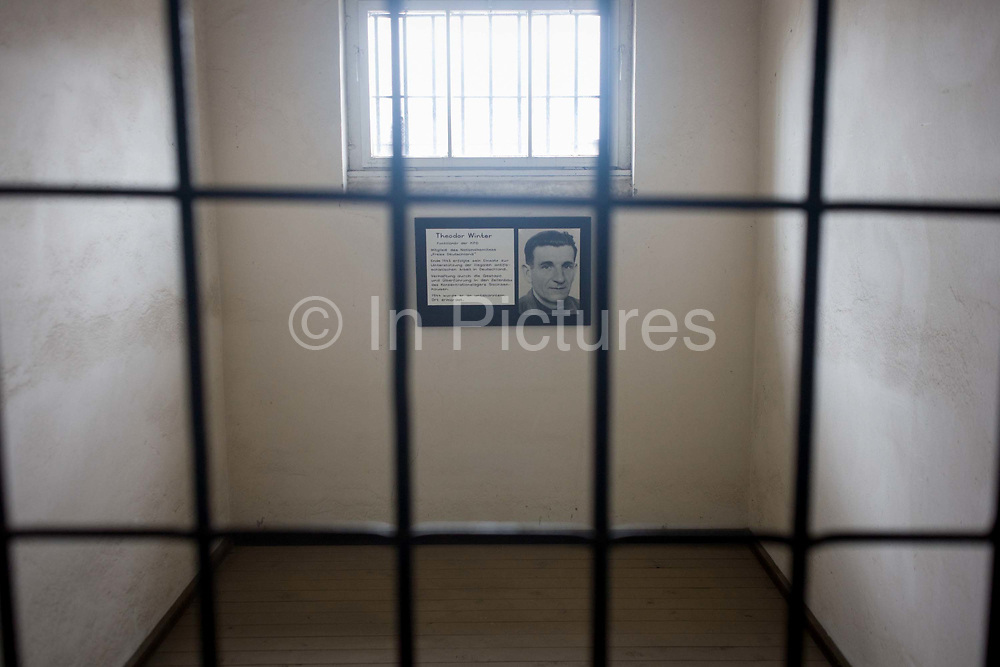