'BP or not BP' and 'Shell Out Sounds' make a joint intervention against the sponsorship by SHELL of the Rembrandt exhibition due to open the following day atthe National Gallery. The intervention was about the sponsorship of oil money and the looming privatisation of British galleries. At one point the narrator of the show sings: ' Museum man, he bought their plan / to sell his staff to private hands / make deals with corporate monsters / like Shell the oily sponsor'. The show was cut short by staff and all were peacefully ejected from the lobby and into the street. The intervention was part of an ongoing campaign against oil sponsorship of British public institutions like the National Gallery and the Tate galleries. 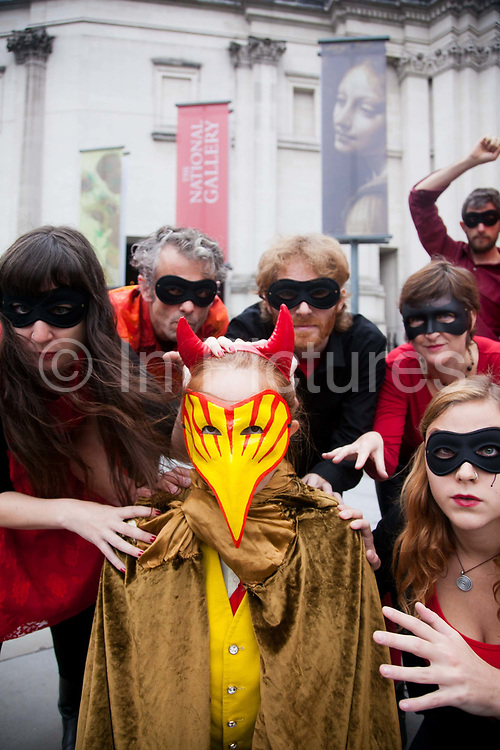