Rebellion Of One In Newquay By Extinction Rebellion

Abbey, a 24 year-old part-time waitress and self-employed dressmaker joined over 200 hundred Extinction Rebellion activists who sat alone in roads blocking oncoming traffic in a courageous attempt to highlight the current climate crisis at 11am on Saturday 1st May 2021, in Newquay, Cornwall, United Kingdom. The ‘sitters’ from across the country wore signs with a message about their fears for the future if the climate and ecological crises continues to go unaddressed. The individual disruptive actions took place in towns and cities across the UK.

The action was part of an approach developed during the Covid-19 pandemic by members of Extinction Rebellion, in which people can engage in civil disobedience alone, yet united.

Abbey, from Newquay, who blocked traffic on a local road, said: “At school I excelled in science and science is taught as the reality, as fact, as truth. I wanted to be a scientist, I wanted to be Prime Minister, but my most cherished aspiration was to be a mother. This dream was taken from me when I read headlines in 2018 stating that we were 12 years away from hitting devastating climate tipping points. These headlines were referencing a report released by the Intergovernmental Panel on Climate Change: scientists. The kind of report I was taught to hold with high regard as truth at school. I realised that climate change was not someone else’s problem. Ecosystem collapse, flooding, food shortages, mass migration are crises that both this and the next generation will face if this government fails to act now. Two years have passed since that report was released and May 1st marks two years since Parliament declared an environment and climate emergency, yet this government is ploughing further into this catastrophe. My dream of being a mother has been taken from me by politicians set on business as usual. I am blocking traffic as I grieve children I will not conceive.” 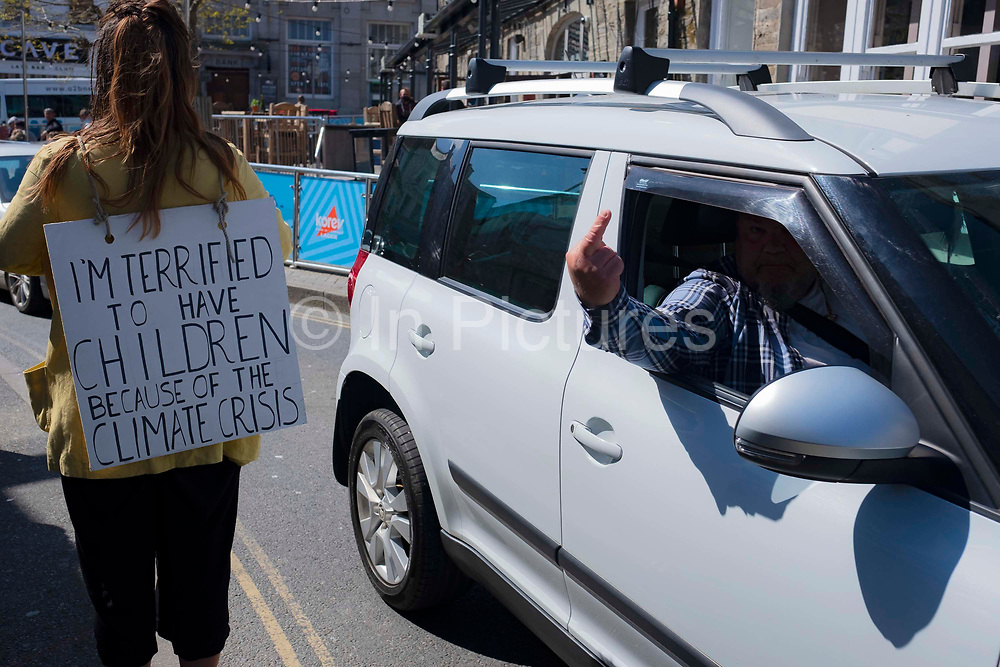