A loyalist wall 300th anniversary mural in a protestant area of Belfast showing King William of Orange (the Dutch-born King Billy), the hero of protestant Northern Ireland whose victory at the Battle of the Boyne in 1690 ensured a protestant northern Ireland. The Battle was fought between two rival claimants of the English, Scottish, and Irish thrones – the Catholic King James and the Protestant King William – across the River Boyne near Drogheda on the east coast of Ireland. The battle, won by William, was a turning point in James' unsuccessful attempt to regain the crown and ultimately helped ensure the continuation of Protestant ascendancy in Ireland. 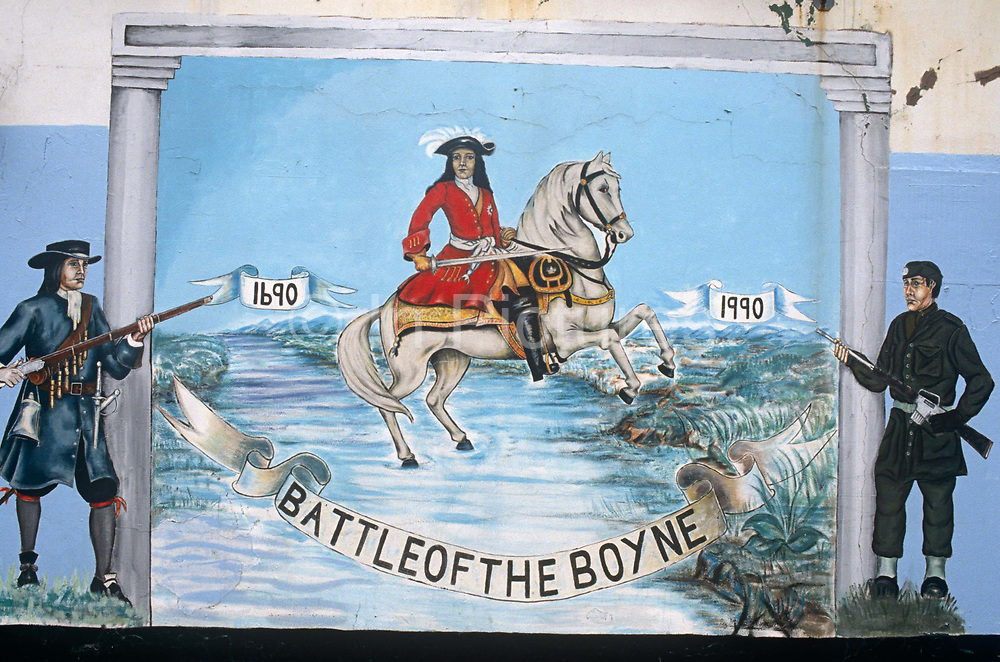