An old City of London street sign for Poultry EC2 beneath a rusting police bylaws sign on a late 1980s brick wall. Before the older signage was replaced in the mid-1990s for more modern architecture, these signs will have disappeared or available through vintage auctions. Poultry is a short street in the City of London. It is an eastern continuation of Cheapside, between Old Jewry and Mansion House Street, near Bank junction. It takes its name, like other medieval roads nearby such as Milk Street and Bread Street, from the various produce once sold at Cheapside, meaning "market-place" in Old English. The street gave its name to a prison, Poultry Compter, once located there. 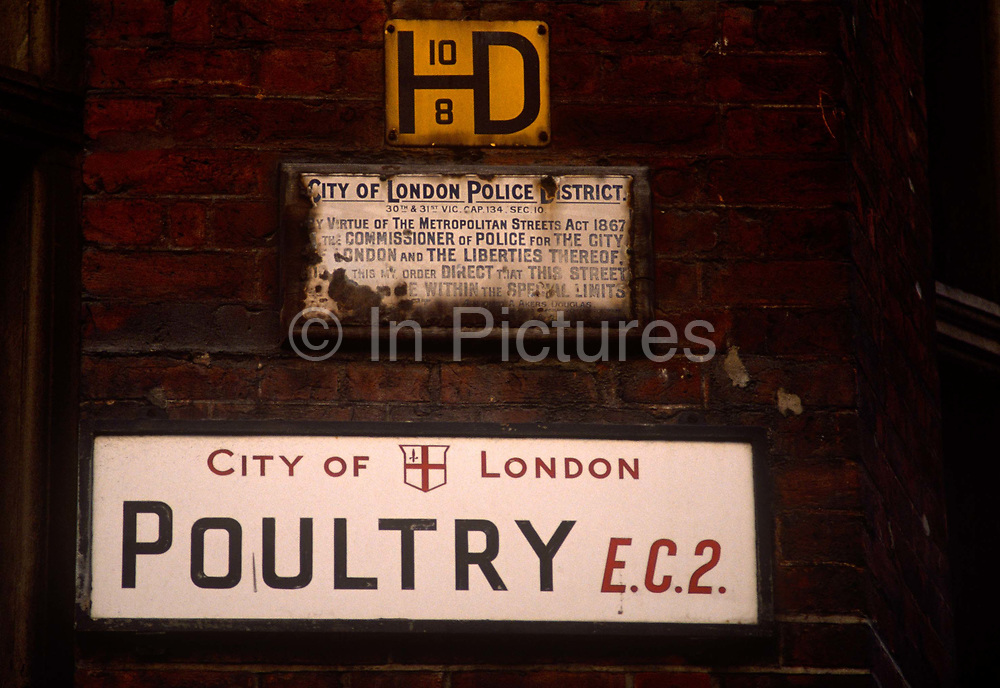