The memorial to IRA hunger strikers Terence ONeil, Bobby Sands and Joe McDonnell in Milltown Cemetery, on 7th June 1995, in Belfast, Northern Ireland, UK. The 1981 Irish Hunger Strike was a hunger protest in Northern Ireland by Irish republican prisoners during the Troubles. During the protest 10 prisoners from the Provisional Irish Republican Army and the Irish National Liberation Army had starved themselves to death in the hunger strike. The first to die, Bobby Sands, was elected as a Member of Parliament in the United Kingdom during his hunger strike. 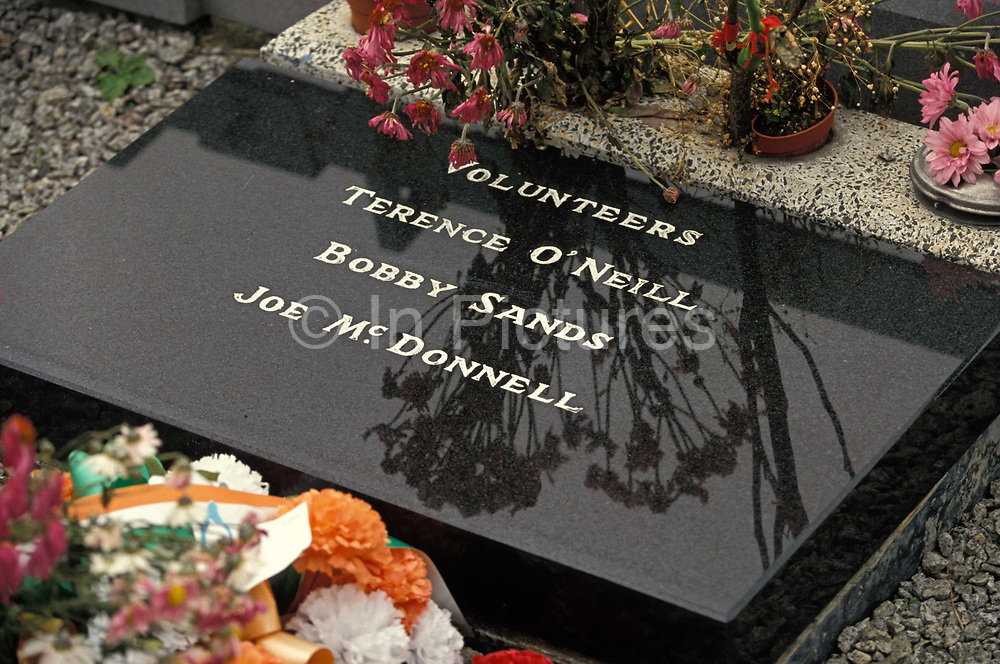