Chelsea pensioners attending the Pearly Kings and Queens Harvest Festival celebrations at Guildhall Yard. The annual event features early English entertainment including maypole dancing, Morris dancers and a marching band.
A Chelsea Pensioner, is a resident at the Royal Hospital Chelsea, a retirement home and nursing home for former members of the British Army located in Chelsea, London.
The London tradition of the Pearly Kings and Queens began in 1875, by Henry Croft. Inspired by the local Costermongers, a close-knit group of market traders who looked after one another and were recognisable by buttons sewed onto their garments, Henry went out on the streets to collect money for charity, wearing a suit covered in pearl buttons to attract attention. When demand for his help became too much, Henry asked the Costermongers for assistance, many of whom became the first Pearly Families. Today, around 30 Pearly Families continue the tradition to raise money for various charities. 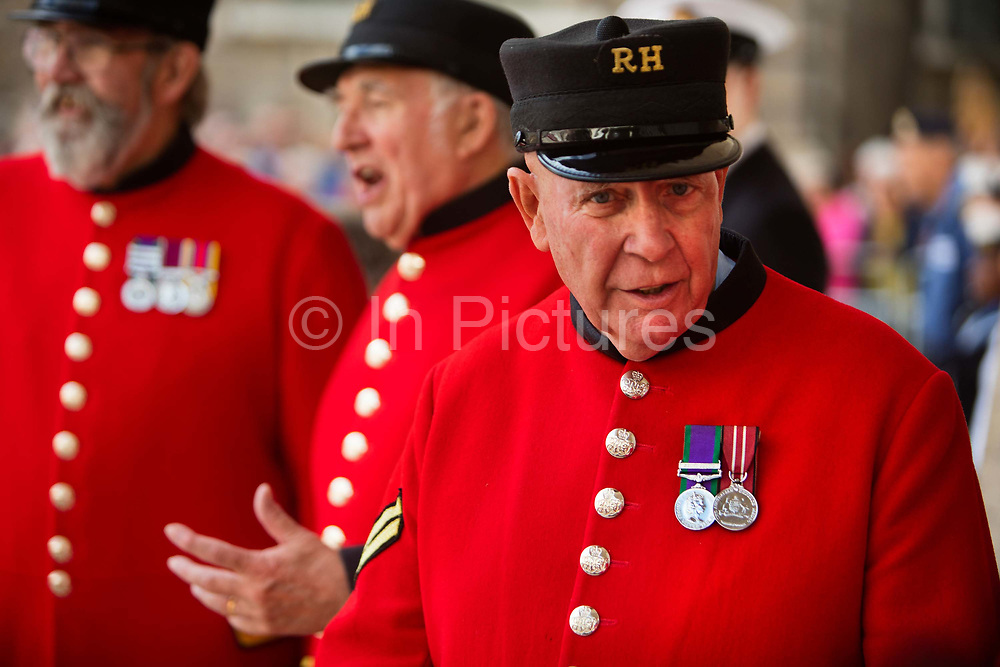