A shopper laden with shopping bags emerges from the Paris chocolatier shop Pierre Hermé on Rue Vaugirard. Carrying the bags is a chocoholic man who has spent an enormous amount of money on produce from this renowned French chocolatier who specialises in such pastry delicacies as macaroons. Hermé is a French pastry chef and heir to four generations of Alsatian bakery and pastry-making tradition. Pierre Hermé was awarded "Chevalier de la Légion d'honneur" by Jacques Chirac on May 3, 2007, just before Nicolas Sarkozy's election. He owns seven sales outlets in Tokyo, six in Paris, one in London, and an online shop. 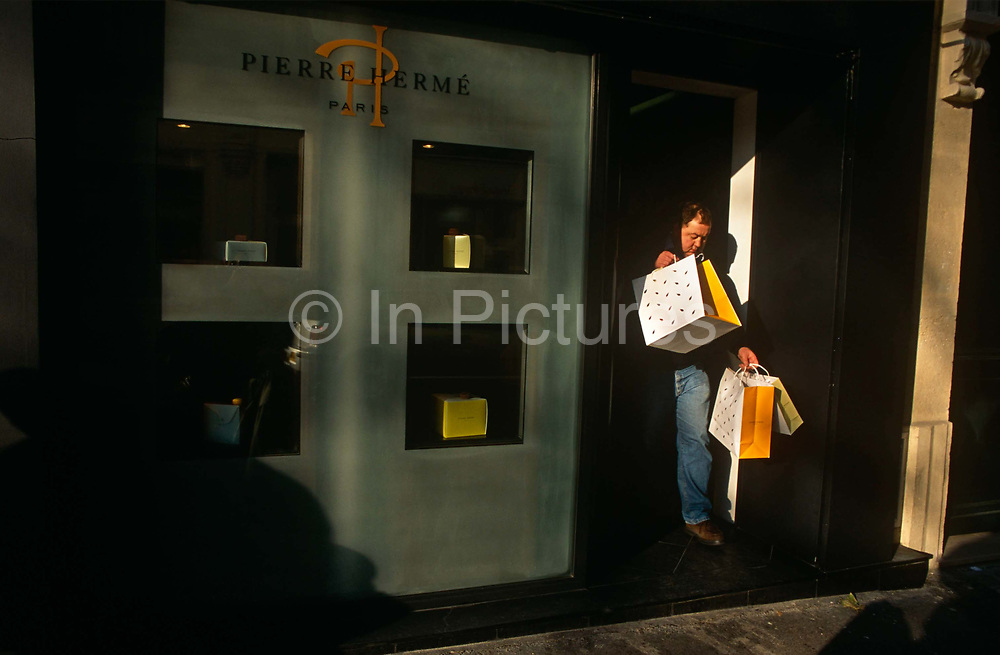