Landscape of 2012 Olympic construction site showing the Aquatic centre, The Orbit art tower and the main stadium at Stratford. Construction workers offload a low crane from a ramp in a section of road outside the curved architecture of the Aquatic centre, seen with its white roof. The London Olympic Stadium will be the centrepiece of the 2012 Summer Olympics and Paralympics. The stadium has capacity for the Games of approximately 80,000 making it temporarily the third largest stadium in Britain. The ArcelorMittal Orbit Tower is the newest addition to the Olympic Park and provides an attraction to rival those visited the world over. The Orbit tower gives views over the Park and the rest of London, it also caters for events and conferences offering delegates and organisers alike a unique setting and location for their event. 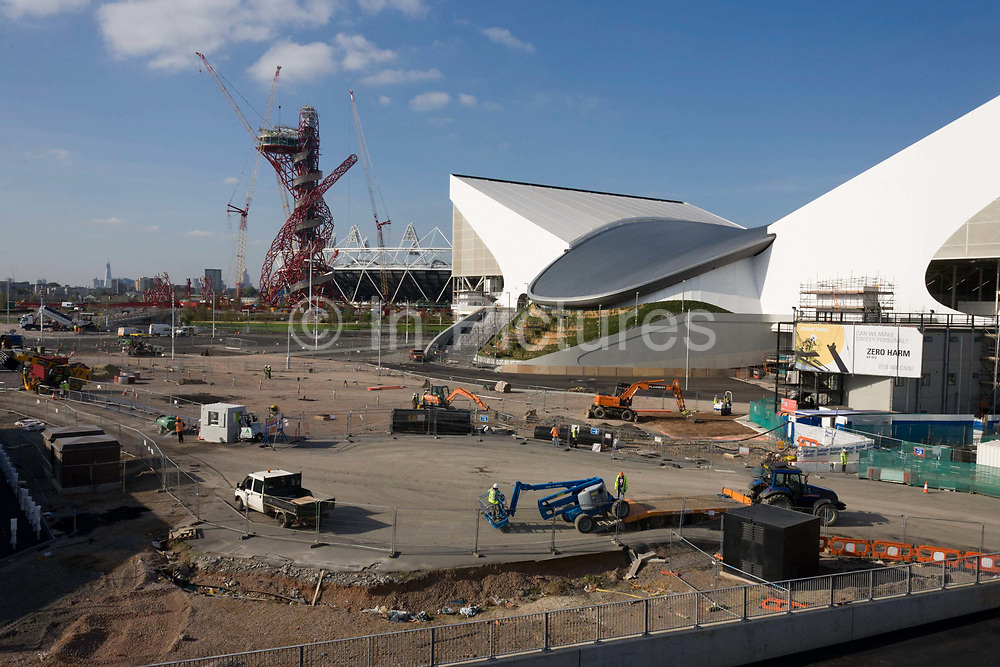