Mr Massoudi, Director of the National Museum of Afghanistan pictured next to a statue recently restored after the Taliban smashed it to pieces. Overall the Taliban smashed 2000 museum exhibits and more famously two colossal Buddhas in Bamiyan ‘because they were "false idols" contrary to Islam. Mr Massouudi with the help of the international community has rebuilt and reopened his museum and is now seeking to recover and restore the many artifacts either looted in the civil war or smashed by the Taliban:
"They took the decision that artefacts such as statues, or anything representing the human figure, was against Sharia Islam . Looking at statues as part of history, is not the same as worshiping them. It was an extremely sad time not just for me, but all museum staff , cultural and educated people in Afghanistan. They destroyed around 2000 artefacts.” 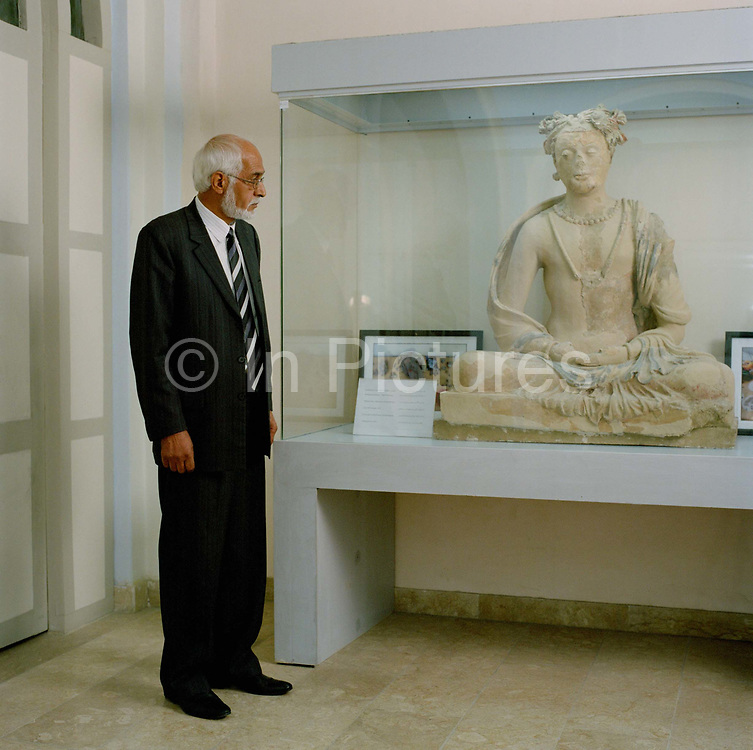