Cahrismatic American evangelist, Billy Graham preaches with open hands to British Christians during Mission 89, a series of evangelical revival rallies, on 14th June 1989 in London, England. Graham b1918 is an Evangelical Christian who has been a spiritual adviser to several U.S. presidents including George W Bush with Time Magazine calling him .. the nations spiritual counselor. He is number seven on Gallups list of admired people for the 20th century and member of the Southern Baptist Convention. 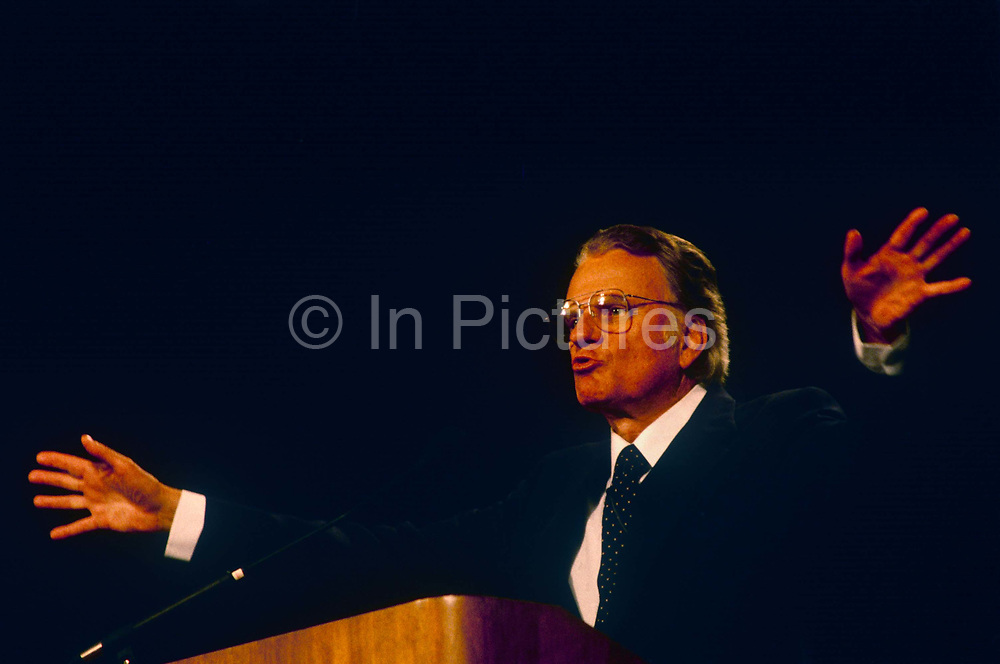