A driver in his gas-guzzling car and in the background, the skyline of downtown Atlanta. Stopped at a traffic light with the cityscape of this American metropolis is the motorist who looks across the road into bright sunshine. We see beyond the long bonnet (hood) of this car the signs for downtown Atlanta and surrounding neighbourhoods such as Macon and Montgomery. According to the 2010 census, Atlanta's population is 420,003 and is a cultural and economic center of the Atlanta metropolitan area, which is home to 5,268,860 people and is the ninth largest in the US. 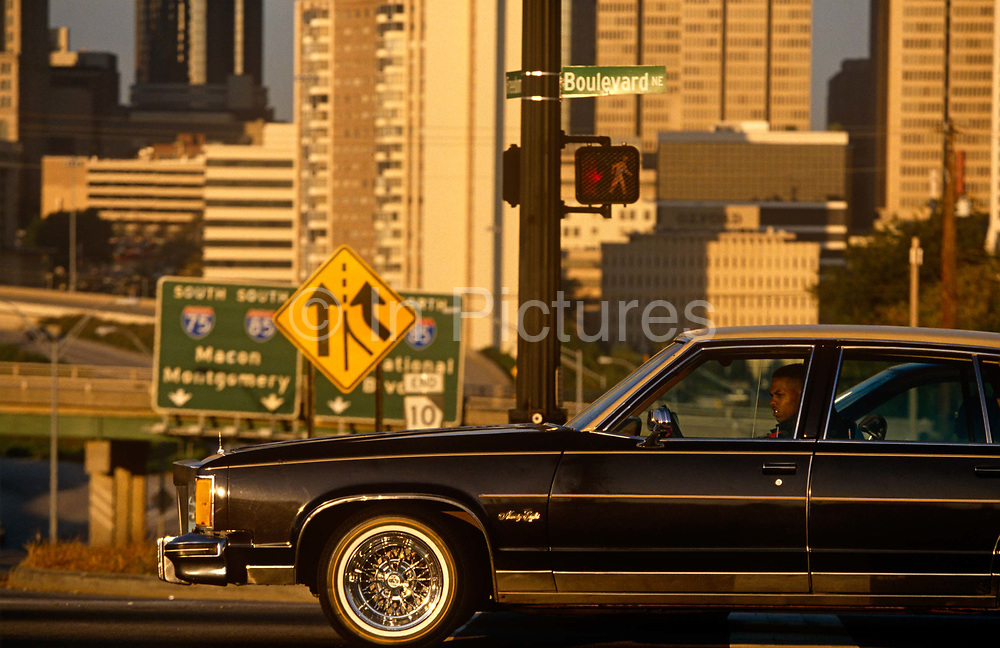