As early morning mist makes its way across moors and mountain grasses, we see a dead ewe that lies decomposing at a collapsed dry stone wall on Nether Moor, Derbyshire. The sheep has been left behind the rest of the farmer's flock and as it decomposes, its eyes have already been pecked out and its white front incisor teeth gaping, as if grinning in death. This is a loss of revenue of vital income at a time of economic hardship for those in this tough industry. In the background we see the moors rising to it summit in the area called Edale, a valley in North Derbyshire, 15 miles west of Sheffield, in the heart of the Peak District National Park. Edale valley is a loose collection of scattered farmsteads or 'booths' as they are known which grew up around the original shelters or 'boothies' used by shepherds when tending their sheep on the hillsides. 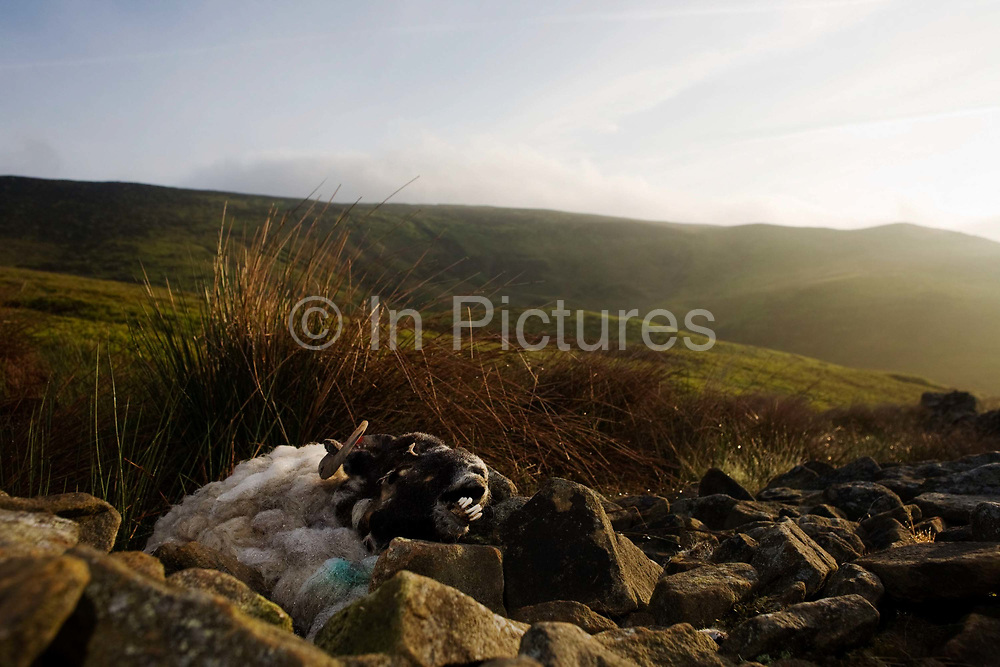