British Rail linesmen, Clapham Junction, the busiest intersection of railway line in the in the UK. British Railways (BR), which from 1965 traded as British Rail, was the operator of most of the rail transport in Great Britain between 1948 and 1997.
On 12 December 1988, three trains collided near Clapham Junction because a signal circuit had been wrongly wired. Thirty-five people died and more than 100 were injured. Coming and Going is a project commissioned by the Museum of London for photographer Barry Lewis in 1976 to document the transport system as it is used by passengers and commuters using public transport by trains, tubes and buses in London, UK. 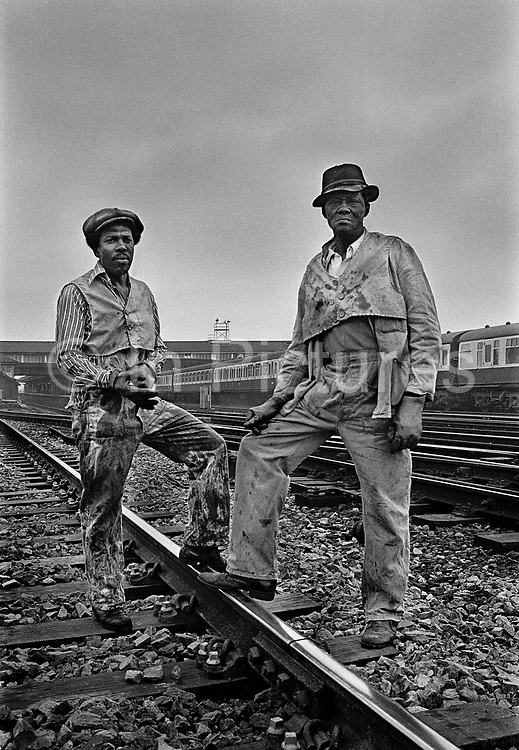