A trader from the LIFFE futures exchange takes a break in the street during a weekday lunchtime. Alongside him on another bench is a homeless man in the City of London in a scene of wealth with prosperity versus the fate of poverty and loss. Wearing the orange jacket of this once thriving financial instutution, we see a scene of wealth and prosperity, from an era of growth during the industrial revolution to the arrogance and self-indulgence during the government of John Major - a political inheritance from Margaret Thatcher. The LIFFE exchange was synonymous with Thatcherite capitalist money-making ethos in the City of London of the 80s and early 90s before the takeover by Euronext in January 2002. It is currently known as Euronext.liffe. Euronext subsequently merged with New York Stock Exchange in April 2007. 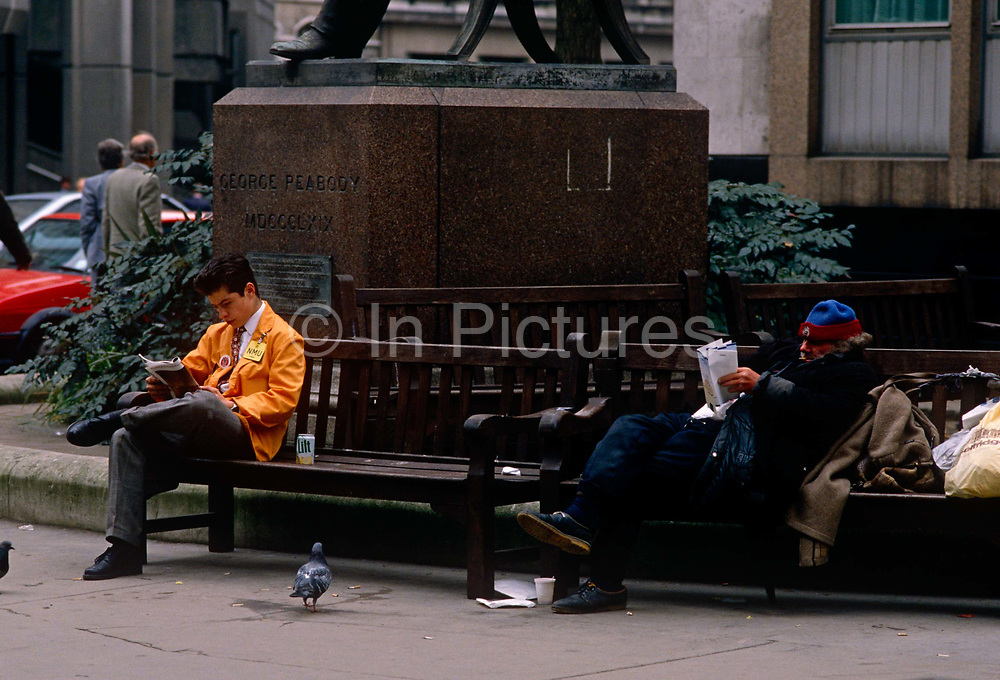